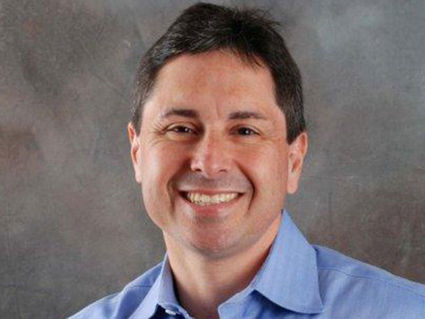 Many people in the community may remember Marc Blattner, and if not Marc, certainly his parents, Adrianne and Myron (of Myron's Deli fame). Blattner is currently the head of the Jewish Federation of Portland, Oregon. When he heard the news of Rabbi Rudolph Adler's (z"l) passing, he wrote the following in his weekly column "Marc's Remarks."

On a more personal note, many people often refer to the rabbi they either grew up with or have known for a very long time as "my rabbi." I was saddened to learn earlier this week that Rabbi Rudolph Adler (z"l), "my rabbi," passed away at the age of 96. Rabbi Adler served as the senior rabbi at Congregation Ohev Shalom in Orlando, Florida from 1960-1990. He had a long connection with my family going back to my grandparents. In fact, Rabbi Adler married my parents in 1966, officiated at my bar mitzvah in 1982, and came out of retirement to marry Sarah and me in 1994.

We often reflect after someone has passed that we wish we had thanked him/her for this or that or shared how they made an impact on our lives. Two personal stories:

During my bar mitzvah preparation, Rabbi Adler and I had a conversation about the importance of Jewish education. He told me that every Jew should learn Torah and the siddur so they can feel comfortable being Jewish anywhere in the world. Beyond Jewish education, he believed it's our duty to help educate the non-Jewish world, too. In his eyes, more knowledge translated into less anti-Semitism and that prejudice was based on ignorance. Obviously, I never forgot those sentiments.

Rabbi Adler was close to 75 when he married Sarah and me. I fondly recall our "pre-marital counseling" meeting. He had two questions he asked all couples before marrying them:

1. "How many children do you hope to have?" Our responses (they were different) were not his concern. His message to us was clear-never allow money to be a consideration when having children.

2. "One checkbook or two?" He asked it exactly like that. And I am not sure we had ever discussed the question. We said, "One." His belief was that entering into a marriage with only one checkbook was an important sign of trust.

Rabbi Adler, thank you for your service to the Orlando Jewish community for over 55 years. Even from a young age I was touched by your scholarship, kindness and warmth towards me and my entire family. May Rabbi Adler's memory be for a blessing.