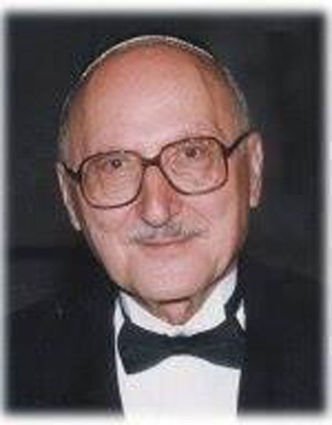 Rabbi Adler died recently. He was in his mid 90s.

A scholar and teacher, he was a Holocaust survivor (something I never knew).

When my late husband, Irv, our young son DAVID, and I moved from Brooklyn, New York, to Central Florida back in 1964, among the first people we met were Rabbi and Rose and their children. Rabbi was spiritual leader of Congregation Ohev Shalom and we became members as soon as we arrived. Through the years he was always there for us.

All three of our sons, David, STEVEN and RON had their bar mitzvahs at Congregation Ohev Shalom. I will never forget Rabbi Adler.

A member of our community needs prayers...

HILDE SANDS is due to undergo serious surgery to alleviate a lot of pain in her neck, spine and hands. Please include her in your prayers and hopefully she will come through in great condition.

Hilde's loving dogs, Buttons and Charlie, need their "mommy" healthy and like her old self again. (I need my good friend as well!)

Anti-Semitism on the rise...

I read the following article in the latest edition of the World Jewish Congress (WJC) digest and pass it along to you. It is a message from RONALD S. LAUDER, president of WJC:

"It brings me no pleasure to say this, but for the first time since the Holocaust, anti-Semitism is 'acceptable' again. Hate has emerged from the shadows and is now growing and spreading rapidly, due in large part to the proliferation of anti-Semitism online.

But unlike the anti-Semitism of the past, which came from the far right, today it comes from the far left as well. And today, the new target for this age-old hatred is the Jewish state of Israel, which is constantly vilified throughout the media, on the internet, at the United Nations, and on almost every college campus.

Pope Francis welcomed over a hundred leaders of the WJC in late October of last year and issued a strong condemnation of anti-Semitism. At a private audience with Ronald S. Lauder, WJC president, the pontiff made it clear that outright attacks against Israel's existence is a form of anti-Semitism. "To attack Jews is anti-Semitism, but an outright attack on the State of Israel is also anti-Semitism. There may be political disagreements between governments and on political issues, but the State of Israel has every right to exist in safety and prosperity," the Pope said.

Notice of NO meeting...

There will be no meeting of the Congregation Ohev Shalom Seniors in October because of the Jewish holidays. Mark your calendars for the next COS Seniors meeting on Sunday, Nov. 6th at 2 pm. Eastside, a wonderful musical trio will perform. For any questions, phone Berny at 407-767-6763. (I will give more details as we get closer to the event.)

Talk about "clever"! The business card belonging to MARVIN S. KLEIN is surely the cutest I've ever seen.

Marvin S. Klein, Retired and gives his address and phone number. Up on top it says the following: No Business, No Money, No Job, No Worries. 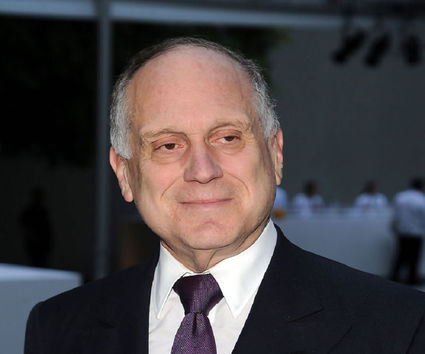 And at the bottom it says:

Seldom Home, Too Honest to Beg, Too Lazy to Work, Too old to steal.

(But not too funny to carry this card! I love it!)

Mr. Goldberg was the neighborhood smart aleck. When he saw the sign in the deli that said WE SERVE EVERY TYPE OF SANDWICH, he called the waiter over.

The waiter answered "Absolutely, positively! We serve every type of sandwich."

A slight pause and the waiter replied, "I'm sorry Mr. Goldberg, but for just one sandwich, we can't start another elephant."