A tale of two kings: The yellow star legend that refuses to die 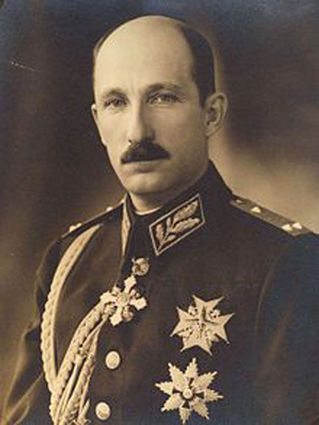 Lost amid the absurd denial of the Holocaust and a result of any ideological current, is a widely believed unintentional myth due largely to Hollywood, Leon Uris (author of the best-selling novel "Exodus"), minor Danish diplomatic personnel, wishful thinking, the BBC's research methods as well as to several prominent but sloppy historians who have written widely about the Holocaust but lacked adequate knowledge of the relevant languages, especially Danish.

It is set amidst the rescue story of the Danish Jews and their safe passage to Sweden in October 1943, proclaiming that the Danish King, Christian X (grandfather of the present Queen Margrethe II), in an act of solidarity with his Jewish subjects, actually put on the yellow-star armband (or volunteered to do so) when the German occupation authorities issued such an order.

He never did so. The German occupation authorities never ordered the Jews in Denmark to wear the yellow armband. Very few readers bothered to read Uris's remarks in the Forward to the book "Exodus"; "Most (i.e. not all) of the events in 'Exodus' are a matter of history and fact. Many of the scenes were created around historical incidents for the purpose of fiction."

The wartime Bulgarian king, Boris III, has largely been ignored and forgotten. Most likely, he paid with his life after heroically resisting Hitler's demands to deport Bulgaria's Jewish population (eight times larger than Denmark's 6,000) and use his country as a launching pad to wage war against the Soviet Union. The stories of the Danish and Bulgarian kings demonstrate the susceptibility and readiness of the public to be swayed by the power of the mass media to invent and deny facts.

From May 5-9, 1995, the 50th anniversary of V-E Day was celebrated all over the world with a fabulous four-day extravaganza of events culminating in London with a gala reception at the Guild Hall attended by over 50 heads of state. British and World television had considerable time to prepare for this event and do any required research. Yet, BBC presenter Vivian White, in his live commentary accompanying the entry into the Guild Hall of the assembled heads of state remarked that... Danish Princess Benedikte, (the Queen's sister who attended the event because the Queen was unable to do so), was the granddaughter of King Christian X, who together with his entire family, "put on the Yellow Star in an act of solidarity with his Jewish subjects."

I was living in London at the time and his words knocked me out of my chair. The reason was I had had several previous confrontations with Jewish friends and acquaintances who simply refused to accept a denial of this story. I had lived and worked in Denmark for seven years (1978-84) and was vice chairman of the Danish-Israeli Friendship Society in Aarhus.

On one occasion, we gave a reception for the visiting mayor of Beersheba who began his after-dinner talk in English by expressing the admiration of all ordinary Israelis for the "heroic action of King Christian... who put on the yellow star to save his Jewish fellow countrymen." I politely informed the mayor after observing the cringing faces of the assembled Danish audience in a whisper in Hebrew that the story was a myth and got an explosive reaction (in Hebrew)..."Of course it's true, we all know this in Israel!"

So the BBC is certainly not alone but when I informed them of their error in a letter, what was the reaction? I noted the Queen's autobiography, the pamphlet in English issued by the Danish Foreign Ministry and The Museum of the Danish Resistance (October 1943; The Rescue of the Danish Jews From Annihilation) and asked that they simply contact the Danish Embassy in London for one minute to enquire about the validity of what they had just televised and broadcast around the world to an audience numbering several hundred million viewers. Did they accept this suggestion? No!

The reply dated Nov. 30, 1995, thanked me for my critical letter and observation but refused to issue any official correction.

It was simply a matter of the casual ignorance and elementary wrong assumptions that stem from the fact that in the mighty BBC empire, routine checking is left to a hired staff with no sense of what is required to substantiate information and search primary sources in the original languages (eye-witnesses, ear-witnesses, diaries, newspapers, radio broadcasts, government archives). The fact is that mistakes are repeated over and over again simply because they appear in print in books even by "distinguished authors" and "our experts" who do not have the requisite knowledge of original sources in the key language to verify the claim.

Footnotes in these works simply cite another author who has quoted another secondary source. Queen Margrethe has been thanked so many times by guests for her grandfather's supposed action that she has written in her autobiography about being embarrassed.

The king was certainly a decent man placed in a difficult situation. In 1942, he wrote a letter to Marcus Melchior, the Chief Rabbi, expressing "relief" that a fire at the synagogue in Copenhagen did not cause extensive damage. He and the queen had attended special services at the 100th anniversary celebration of the synagogue in 1933. A photo of their presence on that occasion was published in several American popular weekly magazines in 1943, without an indication of the actual date, thus leading to the common perception among many Americans that the king was demonstrating public criticism of German anti-Semitism.

Both the king and cabinet ministers expressed their views on several occasions during the early years of the occupation that there was no need to adopt any legislation affecting Jewish citizens because "there is no Jewish problem in Denmark." The armband myth in the Leon Uris book thus fell on fertile ground.

On the other hand, under Bulgaria's communist regime, the efforts of both the king and the Bulgarian Orthodox Church were targets of constant invective, slander and "revisionism" so that his very real role in the rescue of Bulgaria's Jews has been erased or minimized. Why such ignorance and willful amnesia about the actions of King Boris III?

Michael Bar-Zohar is an Israeli historian of Bulgarian origin. He arrived in Israel in 1948 with his family, was a member of the Israeli Knesset and has told the full story of the Bulgarian rescue and the role of King Boris III in his gripping book "Beyond Hitler's Grasp; The Heroic Rescue of Bulgaria's Jews" (Adams Media Corporation; Holbrooke Massachusetts. 1998; ISBN 1-58062-060-4).

His conclusion regarding the king needs to be shouted from the rooftops to shake up Jewish ignorance in America... The final responsibility was the king's and his decision saved the Jews of Bulgaria. The Bulgarian Jews became the only community in the Nazi sphere of influence whose numbers increased during World War II" (p.268).

In contrast to the Danish yellow star armband myth, Bulgarian Jews in the thousands did actually wear armbands with the portraits of King Boris and the royal family as a sign of loyalty, devotion and gratitude. The Bulgarian authorities, as allies of the German government, required Bulgarian Jews to wear armbands with tiny Jewish stars, but most did not bother to wear them and suffered no repercussions. Those who did wear them were frequently assured by their fellow Christian Bulgarians of sympathy and support. 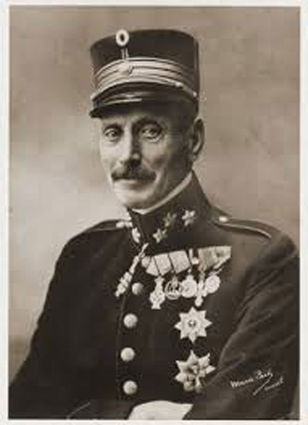 Bulgarian volunteers did aid the Axis cause by serving with the German forces in the campaign against the USSR (as did several thousand pro-Nazi Danes in Frikorps Danmark) but Bulgaria, like Finland, switched sides late in the war. The Danish myth of the yellow star armband detracts from the vital participation of thousands of Danes from every walk of life who did help their Jewish countrymen at a moment's notice to assemble and flee, guarded their property and welcomed them back at the end of the war. The real story is much more inspiring and a tribute to traditional Danish values of concern for human rights than the myth of the king.

The Danish and Bulgarian peoples and their churches both have a right to take pride in their wartime record. The actions of both also stand in contrast to the generally dismal record of other European peoples, nationalist regimes and state churches. With respect to the "Tale of Two Kings," Boris III was a martyr whose personal example influenced history. Christian X was a decent man and a patriot but a weak king whom history and circumstances cast in a heroic mold because he wore the crown.