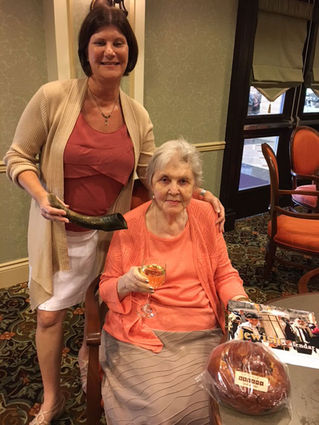 I read this in the current issue of World Jewish Congress (WJC) digest and pass it along to you:

"The World Jewish Congress called it 'scandalous' that the world's largest Internet company, Google Inc., is failing to remove thousands of neo-Nazi hate videos from its video platform YouTube.

An investigative report broadcast on German television found that many video clips which incite violence against Jews, Muslims, Blacks and refugees remain easily accessible on YouTube.

WJC CEO and Executive Vice President ROBERT SINGER said: Google's company motto is 'Don't be evil'. But it becomes increasingly apparent that Google has no problem with allowing evil to spread on its YouTube platform. Google likes to give lofty assurances that hateful and racist content has no place on YouTube, yet it is quite obvious that they don't act to keep such content off their platforms.

Google has been put on notice many times, and it has known about the extent of the problem for years. By failing to act, it is helping in the proliferation of racist and anti-Semitic propaganda on the internet. We therefore urge them: Don't be evil, don't abet evil-act against evil.

In April, the WJC sent a letter to Google Germany asking the company to remove songs of the German neo-Nazi band Kommando Freisler. While 11 clips were deleted by YouTube, thousands of other versions continue to be available on the service.

In September of 1941 at Babi Yar, a ravine on the outskirts of Kiev, Nazi "Einsatzgruppen" , mobile killing squads shot and buried nearly 34,000 Jews in a two-day period.

In August 1943, with the Red Army advancing, the Nazis dug up the bodies from the mass graves of Baby Yar and burned them in an attempt to remove the evidence of mass murder.

Today, Babi Yar has come to symbolize the horrific murder of Jews as well as the persistent failure of the world to acknowledge this Jewish tragedy.

"LISA LEVIN is a wonderful mensch. (See photo above of Lisa and her mother, MARILYN LEVINE.)

Lisa's mother moved to Orlando to live near Lisa.

With great appreciation to Lisa for her dedication to the Jewish Pavilion and to 40 or more of her mother's neighbors and friends, she is very valuable as a volunteer.

While Lisa feels helpful and enjoys getting to know her mom's friends, Marilyn feels proud showing off her daughter who is truly a wonderful and kind woman."

And speaking of the Jewish Pavilion...

On Sunday, Oct, 23 at 2 p.m., the Jewish Pavilion will hold "Sunday in the Park," a fall festival at Cranes Roost Park in Altamonte Springs.

There will be food and beverages, entertainment and prizes!

Featured will be "The British Invasion," the Beatles Tribute Band.

You are welcome to bring your friends. If you purchase 12 tickets you will receive 2 free!

Sadie goes to see her rabbi and complains about her bad headaches. She whines, cries, and talks about her poor living conditions for hours.

All of a sudden, Sadie shouts, overjoyed, "Rabbi, your holy presence has cured me! My headache is gone!"

To which the rabbi replies, "No Sadie, it is not gone. I have it now."