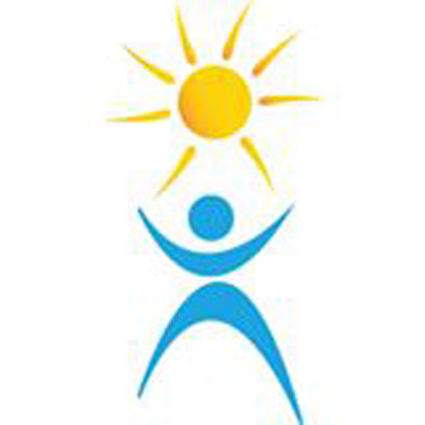 Now in its third year, many people might still think of RAISE (Recognizing Abilities & Inclusion of Special Employees) as a Jewish Federation of Greater Orlando program to train individuals with special needs to be able to hold a job. Though it does help employee participants acquire skills for the work place, RAISE is much more than that. Participants also learn social skills through RAISE's community program partner Social Bridges at weekly Lunch & Learn sessions that all employees participate in. The employee's family liaison also attends the Lunch & Learn sessions about once a month. As with every aspect of RAISE, the program is well organized, specific about what is expected, and always welcoming.

In an email letter, former employee Ben's mom, Sarah, wrote of the Lunch & Learn meetings: "They show the good organizational aspect of the RAISE program... The meetings with parents give the parents a chance to connect. In only a few months working with RAISE, I've seen Ben gain confidence in himself as an employee and as a more responsible member of our household."

Former RAISE employee Courtney's grandmother, Kate, wrote, "RAISE has created a ladder upon which a young adult, if and when they are ready, may climb further toward independence... from supportive relationships with the community developed through attending RAISE."

Kate continued, "When I first met with Rachel [Slavkin, RAISE director of Employment and Education] and Carol [Miller, director of Social Bridges], I was impressed with their professionalism, compassion and depth of knowledge concerning young adults with disabilities, their struggles and especially their understanding of Courtney's needs."

Another important aspect of the program is the volunteer job coaches who work one-on-one with employee participants.

"I remember [Ben's] job coach at the Jewish Academy [of Orlando] helped advocate for him when there was a miscommunication regarding how to shelve books," Sarah recalled. "Because the job coach was right there and could see the problem, Ben was able to see the importance of communicating with the librarian. Without the job coach, I think Ben would have continued not doing his job correctly and then not had the success that he ultimately had there."

The RAISE staff and job coaches really pay attention to their employee participants. When Ben was shadowing someone in a job at JFS Orlando, it was noticed that he was a little "too chatty" so he was placed in a more well-suited position at Kinneret.

"Ah, Ben bussing tables at Kinneret and chatting with the residents! A match made in heaven!" said his mom. She then explained that years ago, in a different program, it was assumed since Ben is on the Autism spectrum that he would not want to work with people. He was given a job filing medical files. Ben did not know how to advocate for himself and his caseworker didn't figure out that Ben really liked interacting with people. After the job change, Sarah could tell he felt good about himself and competent with his performance. "He seems to have an affinity for talking with older people. He says they have a lot to say and I think he felt useful and appreciated."

Ben recently moved to Lakeland and is now living independently at Noah's Landing, a residential community that opened specifically for individuals with special needs.

Kate said her granddaughter Courtney had stellar guidance from the RAISE job coaches. "Courtney's confidence grew exponentially! She thought so much of herself due to the job placement and assistance from her coaches."

Kate sees how the requirements of RAISE to work with Vocational Rehabilitation and Lunch & Learn programming through Social Bridges embraced and challenged the employees. "Such a positive combination for enlightenment and possible growth gave Courtney a real chance for change, but most of all it gave her hope."

The RAISE program helped Courtney to see her potential and a future for herself. Since she left the program, she enrolled in training classes and has become a C.N.A. (certified nursing assistant) in an assisted living facility.

"This is evidence that the concept and steps created by RAISE do have potential to enhance the growth of young adults with disabilities!" Kate stated.

Since its inception, London has noted areas to improve upon and learn from.

"We learned after the first year, that the size of our program works, and no new summer hires!" she stated. "Our plan is to stop hiring new employees in late spring, with a goal for participants to be working independently summer so they don't need a job coach. This frees the valuable job coaches to take time off.

"The following year, we learned the importance of not only interviewing the applicant, but the family liaison. The commitment of both is needed for our program to work," said London.

As the third operational year begins, RAISE is ready for more successes with six new employees starting their jobs this month. There is no set length of time each employee is in the program. Six to 12 months is the term length. As one employee moves to a job in the community, a new employee participant will come onboard.

"I'm trying to figure out why RAISE works so well compared to other programs," said Sarah. "I think it has to do with the combination of good communication between staff (including job coaches), the employees, and the parents. And consistency. Employees and parents know what the expectations are and staff consistently follow through on any schedule."

There is one more new addition to the RAISE program. RAISE now has a social media presence. Thanks to volunteer Christine Lockaby O'Neill, who came to London asking, "What can I do to help RAISE?" She then took on the role as social media administrator and created RAISE's own Facebook page! 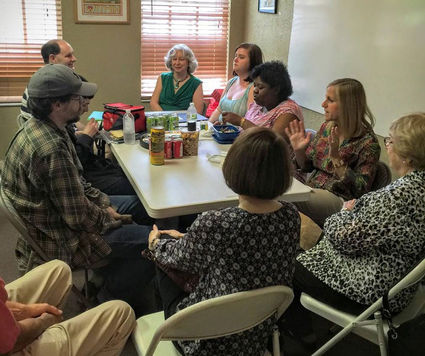 Employees of the Month, which is something else that was new this year, can be found on RAISE's page. August's Employee of the Month was Erica, who completed the program and has been working at Wal-Mart for a year and a half.

"I enjoyed my experience in RAISE. I worked in the office for the Jewish Academy of Orlando and in their library shelving books," she said.

Erica has also started her own knitting business and sells handmade hats and scarves. Her items can be found on Facebook at autisticallycrafted along with other artists who sell their creations as well.

Visit RAISE on Facebook at http://www.facebook.com/RAISEOrlando/ or go to http://www.orlandojewishfed.org/raise and click where it says to go to its Facebook page and see just what RAISE is all about.