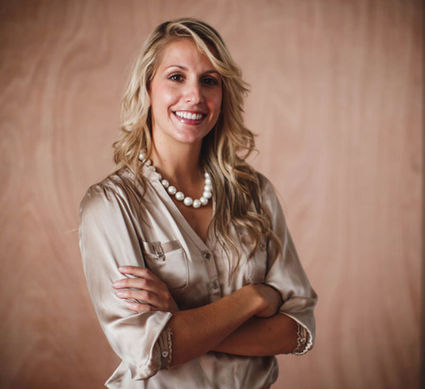 Recently, Israeli lawmaker Merav Ben-Ami disclosed that she is pregnant. Although this is not unusual news, Ben-Ami, a Knesset member for the centrist Kulanu party, is 40, single, and having a baby via in vitro fertiliation (IVF).

Ben-Ami is only one of 5 million women who have gone the IVF birth route since Louise Brown gave birth to the first IVF baby in 1978.

One would think conceiving a child is the easiest, most natural thing to happen to a woman, however, according to the Centers for Disease Control, 12 percent of women between the ages of 15 and 44 in the United States have difficulty getting pregnant naturally or carrying a pregnancy to term. One in eight couples nationally have struggles with conceiving. In the Jewish community, it is one in six.

Not only is the inability for couples or single women to get pregnant frustrating, but the cost is almost self-defeating. In the United States alone, the cost for IVF is about $12,000 for one "round" of fertilization, plus medications, which cost between $3,000 and $5,000. There is no guarantee of conception after one round of treatment (It took Ben-Ami three rounds before her pregnancy "took."); and health insurance often does not cover these costs.

Fortunately, for Israelis, the government pays for infertile couples to have two babies with IVF-That's a generous program.

But what about American women who want to have a child but the cost for IVF is just too exorbitant? IVF treatment in Israel is a viable option.

Natalia Goldenberg, a former Lake Mary, Fla., resident, recently moved to Israel and launched the concierge service Oceans to Oceans Medical Services earlier this year to bring those who are struggling with infertility to Israel for treatment.

"The goal of my company is to help Americans find hope again in building a family during their struggle with infertility," she told The Heritage in a phone interview.

"The enormous financial burden of healthcare in the United States is prohibitive, especially that of In Vitro Fertilization. However, Israel is a world leader in IVF with more procedures per capita than the United States without debt-inducing costs," Goldenberg stated.

Just what is the cost for Americans who travel to Israel for IVF? Approximately $8,500-which includes doctor fees, medicine, blood work, one procedure, and also includes freezing embryos.

The idea of going to another country for a medical procedure is overwhelming. Where does one start? What doctor, what hospital, how long is the stay?

Goldenberg's goal with Oceans to Oceans is to make the process as seamless as possible. Among the services included are: initial on-boarding and physician selection; compiling medical history; scheduling initial skype consult with a physician; assist with planning pre-treatment screenings or tests and ultrasounds locally; scheduling a treatment date in an Israeli hospital (Oceans works exclusively with two hospitals in Tel Aviv); assist with communication, sperm or egg donor selection (if applicable); helping with cost effective options, inclusive packages (includes hotels, tours, drivers); a personal case manager; follow up once patient returns home.

"We are here to put your mind at ease," said Goldenberg. Oceans' goal is to make fertility treatments more obtainable while providing integrity and transparency."

Goldenberg said that the service works with its patients from the first consultation (which is free) to following up when patients return home (see the step-by-step process on Oceans' website). And the service is not limited to Jewish men and women. "While my focus is on the Jewish community, there are no limits to what kind of couple can benefit from a service like this," Goldenberg stated. "I want to reach as many singles and couples as I can to help them find success in their pursuit of a future baby."