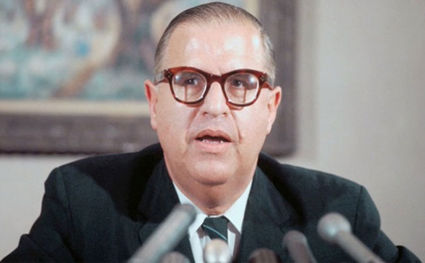 I am the proud widow of a Korean War Army veteran who was buried with full military honors at the National Cemetery in Bushnell, Florida.

I am the proud mother of a Lt. Commander in the Navy who also served in the Army for many years, including a tour in Iraq during the worst of it.

I am also the proud mother of a psychologist who worked with Navy recruits at Great Lakes Naval Station, Illinois.

And I am the proud mother of a third son who served in the Navy on a minesweeper in the Persian Gulf.

(I never served in our country's military, yet I get to be buried with my spouse in Bushnell, one casket on top of the other. I will never forget that my spouse told me I had to die first because I weigh too much! He was kidding of course????)

The words of a great man...

"The Jewish people constitute only a fraction of the human family, yet we cannot recount the history of civilization without coming face to face with what the Jews have thought and felt and written and done. This is the story of a small people with a large place in the destiny of mankind."

(Whose wonderful, inspiring words were they? Abba Eban said them. He was a special Israeli Statesman who will never be forgotten!)

He always made me smile...

He was a beloved actor of the Yiddish theater and later Broadway and television. He was 93 years old.

Finkel was born in Brownsville, Brooklyn (so was I) the third of four sons. His career on the Yiddish stage began at the age of nine in New York's lower east side and continued into the 1960's. He made his Broadway debut in the original 1964 production of "Fiddler on the Roof" and participated in several productions of the show throughout his career. In 1992 he crossed over to television and eventually became an Emmy winner.

In 1997, Finkel was given a star on the Yiddish Theater Walk of Fame, on the sidewalk outside the Second Avenue Deli in Manhattan.

"MARTY GLICKSTEIN is the ideal board member. He has served on the Jewish Pavilion Board for the past six years and gotten involved in every aspect of the organization.

As a CPA with Glickstein, Laval, Carris, P.A., his expertise is sought for all financial matters from budgets to money collection at events.

Jewish Pavilion Board members are expected to participate in all events, garner support from friends and colleagues, sell raffle tickets, garner auction gifts, attend Jewish Pavilion holiday events for seniors, and he does it all and more.

Marty is warm, compassionate and understanding of the needs of our elders. You will find him at Horizon Bay each month helping his wife, EMILY, serve ice cream sundaes to residents attending musicales. 'He is the true definition of a mensch; the full package' says NANCY LUDIN, Executive Director."

I read this in a Jewish Federation of Greater Orlando email and pass it along: 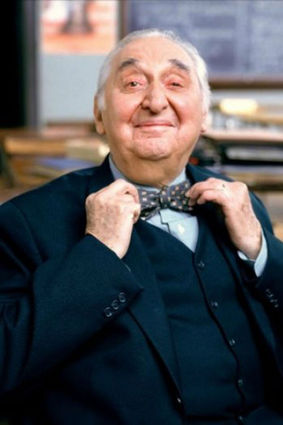 "On Monday, Nov. 14, the Jewish Community Relations Council is pleased to host Nostra Aetate: Turning Points for Interfaith Dialogue in the Hillel Ballroom of the University of Central Florida NorthView building, 3925 Lockwood Blvd., Oviedo. The discussion begins at 6 pm.

Nostra Aetate (The Vatican's 1965 Declaration on Relations with Non-Christian Faiths) was notable for several reasons, especially the revocation of the charge that Jews were collectively responsible for the killing of Jesus. The declaration marked a major turning point in Jewish-Catholic relations."

A rabbi said to a precocious six-year-old boy, "So, you tell me that your mother says your prayers for you each night. That's very commendable. What does she actually say?"