The four Cs of genealogy: Connect, Collect, Collaborate and Communicate 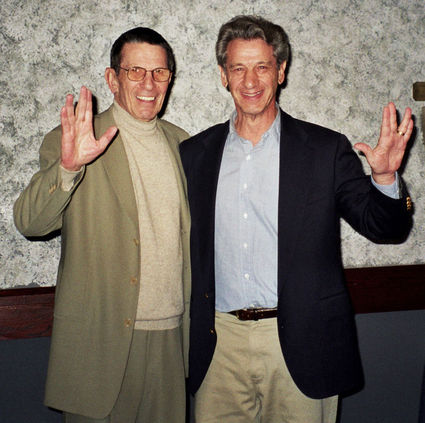 "My Jewish Roots" Workshops, sponsored by the Jewish Genealogical Society of Orlando (JGSGO), continues in January with the workshop: "Native Country Research."

About 15 years ago, I started a serious quest to pursue my genealogic heritage. I knew relatively little about my father, who died when I was 6 (I am 75 now). I began the search with him, inserting his name in the Ellis Island Records search box. His ship manifest promptly came up, listing his date of immigration, his accompanying family member, country of origin and the name of his father whom he was travelling to join. I was hooked! And so my journey began, realizing then that in the age of Internet much family information could be readily acquired from one's home computer.

The next thing I did was to interview as many of the older members of my family as I could. I would visit these folks, listen to and record their stories. I photographed them and copied virtually all their family photos, methodically labeling and dating each. My first cousin, Shirley, who is now 88, continues to surprise me with her vivid memories. She told me detailed stories occurring in the 1930s and 1940s relating to my mother and father, my grandmother, cousins, uncles and many others. I had always thought my maternal family came from Izyaslav, Ukraine. Just a few days ago, based on conversations she had with our grandmother, she told me that a nearby village named Shepetivka was probably our actual ancestral shtetl. That was a definite 'aha' moment. The lesson here is that one must continue to converse with older family members while you can in order to uncover all that their memories bear.

Another 'aha' moment was in the offing. I had never been able to find the Ellis Island arrival record for my grandmother, Eta Shapiro. There were many with that name on the search lists from the early 1900s. But cousin Shirley told me that Eta, after immigrating, created a drawing of the train station in Kiev inscribed with the date of her arrival at Ellis Island: April 10, 1905. With this date I was able to narrow the search and identify, with assurance, my grandmother who immigrated from Kiev on that date and met up with our related Spinner family in New York CIty. Further research on the Spinner family led me to my third cousin, Leonard Nimoy, who played Mr. Spock in Star Trek. Leonard and I shared the experience of having visited our ancestral province in Ukraine and I was able to meet with him several times as he came through Orlando.

Once I gathered a critical mass of my family tree, I uploaded this information to a web site I created with my email information, encouraging possible relatives to contact me. I was fortunate enough to get an email from a previously unbeknownst cousin from Florida who had already done extensive research. We got together and he was kind enough to share all the related information he had gathered and advise me on further research. My family tree instantly tripled and the expanded tree was added to my web site. I subsequently made contact with four or five more family members from different branches of our family who had collected extensive material, and we all shared what we had and continue to do so.

After having added over 1500 names to my father's side from my research, I paid a visit in 2015 to his ancestral shtetl, Ostrow Mazowiecka, in Poland. I was fortunate to have found a wonderful local guide, Krzysztof, who had extensive knowledge of the Jewish history and culture of the town. He introduced me to a town elder in his 80s who was able to relate his memories of the pre-war town including the Jewish community in the town center. Following my visit and also my perusal of the excellent translation on JewishGen.org of the Yizkor (Memorial) book for that town, I developed a detailed mental picture of the town as my father and his family saw it during its pre-holocaust heyday. That gives me considerable empathy for their hopes, dreams and struggles in the old country.

My advice to all those starting out on their genealogical journey is to connect with and learn from relatives, especially older and newly-found ones, and particularly family members who have already retained or accumulated vast records. Use the Internet and the numerous resources available now online to grow the tree.

Finally collaborate with people with genealogical research skills, such as many members of our own Jewish Genealogical Society of Greater Orlando.

You can learn how to access many important resources at the Jewish Genealogical Society of Greater Orlando's (JGSGO) "My Jewish Roots" workshops. The next one is "Native Country Research." featuring IAJGS President Marlis Humphrey on Tuesday, Jan. 3 at 7 p.m. The workshop is FREE and open to the public. Bring your own laptop to participate in the lab portion. It is also possible to attend via the Internet. Pre-registration is required. Pre-registration for either in-person or online participation and further details are at http://www.jgsgo.org/MyJewishRoots.