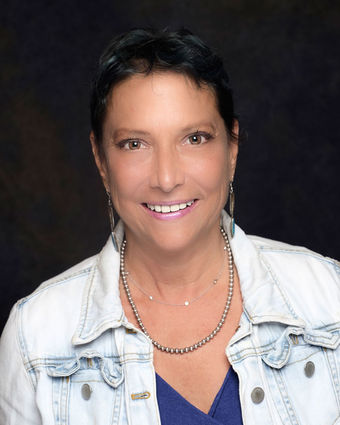 Please join the Jewish Pavilion on Sunday, Jan. 8, at 5 p.m. at Sheraton Orlando North (Maitland) for their Gems and Jeans Gala, as they honor Board members and community 'gems,' Geanne Share and Ruth Darvin, for providing exemplary volunteer assistance to Orlando's elder-care community. Slip on your favorite pair of 'dressy' jeans, and the Pavilion will provide the sparkle, with an evening of gourmet dining, live music, silent auction and a celebration of friends, with proceeds benefitting seniors served in more than 70 assisted-living and skilled-nursing facilities. Motivational speaker Bethanne Weiss will share how the Orlando Senior Help Desk and the Jewish Pavilion have impacted her parent's lives, from their choice of senior living community to year-round holiday celebrations. Register now online at http://www.jewishpavilion.org, special events, or call 407-678-9363 for more information.

While Jewish Pavilion Gala honoree, Geanne Share, first began volunteering with Orlando's seniors, almost 20 years ago, she noted that she began her charitable work "while practically still in the womb." Share said that her parents, the late Myron and Inez 'Teddy' Snyder, have served as her inspiration, and that growing up in Brookline, Massachusetts, she absorbed their philanthropic nature, with her mother founding the Northeast Chapter of Hadassah, as well as serving as the president of Jewish Memorial Hospital. Share has done her parents proud, and serves not only on the Jewish Pavilion Board, but has also served on a host of other nonprofit boards, including the Jewish Federation of Greater Orlando, Temple Israel, and the Orlando Ballet. She is the current president of the Kinneret Apartments, as well as the Kinneret Council on Aging. Additionally, she founded the Ethel S. Danoff series, a celebration of the arts at Trinity Preparatory School in Orlando, and has volunteered with the Morningstar Catholic School auxiliary for the past 17 years.

The lifetime volunteer became interested in spending time with elders as early as middle school.

"I would play Sinatra music and dance with patients at Jewish Memorial Hospital," Share said.

After relocating to Orlando in1998, she joined her mother, a Kinneret resident, as a "Kinneret Angel." Share attended her first Jewish Pavilion luncheon with Teddy, "discovering a community of friends," becoming an active volunteer and joining the Pavilion Board in 2009.

When daughter, Olivia, chose to sing to elder-care residents with the Jewish Pavilion for her bat-mitzvah project in 2005-2006, Share joined in, volunteering by her side. Share helped the program directors in whatever was needed, but most enjoyed enlivening the festivities by keeping the residents on the move, dancing and swaying with them to the music. Share was a frequent visitor and companion at Westminster Towers, where she volunteered with her mother, who later became a resident

As a Pavilion volunteer, Share has combined her love of dance and spending time with the elderly, visiting a handful of the senior living communities served by the nonprofit.

"I love to dance with seniors. Human contact and touch is so important. I even slow dance with the older ladies, and many share that it's been ages since someone has held their hand, or touched their shoulder."

Since surviving breast cancer seven years ago, Share has found the power of healing in the human touch and hopes to pass this on to the elders she engages.

"Recently, I asked an elderly man in a wheelchair if he would like to dance or sway to the music with me. He replied, 'I don't dance anymore, but I'd like to hold your hand while you do,'" she commented.

"L' Dor V' Dor, From Generation to Generation. I love sharing our traditions with the older generation. Many of them were taught by rote, so we have had some wonderful conversations about why we celebrate the way we do. Many times I have heard wonderful memories from the past that are stimulated by their Jewish Pavilion experiences. I learn who sat at their holiday table growing up, or how a certain event triggered a childhood memory."

Like many volunteers, Share noted that "I get much more back than I give." She loves to learn from the older generation "who has seen everything", and can offer "great and supportive advice."

The Gala co-honoree remarked that she is "thrilled to be honored by the Jewish Pavilion, and that it really is a double honor to share this event with fellow honoree, Ruth Darvin."

She "can't wait" to include her family in this gala event, including husband, Adrian, along with her three children.

"My motivation was always to honor my parents in what I do. It is especially poignant to receive this honor after the recent passing of my mother," Share stated.

"We are so fortunate to have Geanne as an advocate of the Jewish Pavilion and the seniors we connect with in more than 70 senior living communities," stated Nancy Ludin, Jewish Pavilion executive director. "Geanne is an Orlando treasure and has impacted so many through her involvement with the greater community. Please join us at our "Gems and Jeans Gala" as we honor Geanne, along with Ruth Darvin, two women who have added sparkle in the life of so many."