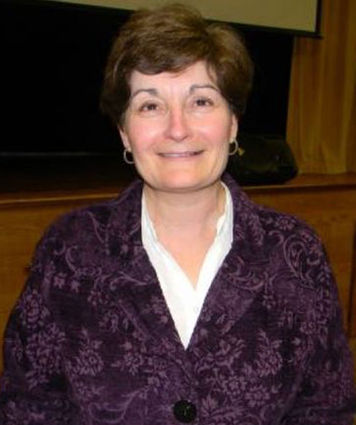 Rabbi Enger comes to the directorship with a wealth of experience as a congregational and organizational rabbi, a lawyer, and a lay leader. Prior to her ordination from HUC-JIR, she served as an attorney in Chicago, first in a large law firm and later as an Associate Public Guardian on behalf of abused and neglected children and disabled adults. At that time, she also served as president of a Chicago-based congregation when it initiated its search for its first rabbi. Later, Rabbi Enger served as a congregational rabbi in Bellingham, Wash., and in Chicago, Ill., as well as an organizational rabbi at the FaithTrust Institute in Seattle, Wash. At the FaithTrust Institute, Enger established and directed the Jewish Program, working with rabbis, congregations, and Jewish organizations.

"Rabbi Enger's experience as a rabbi, an attorney, and a congregational lay leader make her a perfect match for the position," said Rabbi Steven A. Fox, CCAR's chief executive. "Her broad understanding of the Jewish world and Reform Jewish life, and her deep knowledge of the sacred and complex relationships between a community and its rabbi, are extraordinary assets for the ongoing work of rabbinic placement, and the Reform Movement as a whole. We are excited to welcome her to the CCAR senior leadership team."

Rabbi Denise L. Eger, president of CCAR and Rabbi of Congregation Kol Ami, West Hollywood, Calif., noted that Rabbi Enger is joining a CCAR senior staff team that has another woman rabbi, Rabbi Hara Person, publisher of CCAR Press and director of Strategic Communications. "Both Rabbi Enger and Rabbi Person are the first women to ever hold their respective positions, making them the two highest ranking women rabbis in the Reform Movement."

"Rabbi Enger brings an incredibly rich level of experience to the position," said Rabbi Rick Jacobs, president of the Union for Reform Judaism. "Her work with the FaithTrust Institute gives her a deep, nuanced understanding of the relationship between rabbis and their communities, and having served as a Temple President, she is very familiar with both sides of the equation when it comes to rabbinic placement."

"I'm very proud of the way in which Rabbi Fox designed a process, created strategic outcomes, and engaged our Movement partners in the search for the new Director, especially members of the Reform Placement Commission," said Rabbi Eger. "This was an intentional, thoughtful search process that serves as a model for congregations and other Jewish organizations. The appointment of Rabbi Enger moves the Reform Movement forward in important ways, emphasizing the depth of services we offer our colleagues, congregations, and the Jewish community."

Rabbi Enger succeeds Rabbi Alan Henkin, who will transition to his new position as CCAR special adviser as of July 1, 2017.