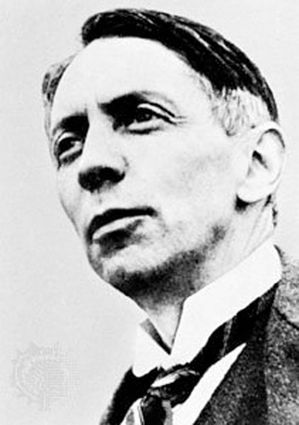 Kaj Munk, a Danish cleric, identified as a rightwing political and cultural figure in the Denmark of the 1930s, became the center of moral and intellectual resistance to the Nazi occupation. He was murdered by the Gestapo and Danish traitors in January 1944 as an attempt to silence the growing resistance on the part of ordinary Danish citizens who found in their church a source of moral strength to resolutely oppose the evils of the Nazis. No other clergyman has better explained why Christians must never be pacifists in the face of evil. His words should be recalled today for they are as relevant as in 1944.

When Denmark was invaded by the German army on April 9, 1940, the official line of the Danish Communist Party was that the war was a struggle of rival imperialisms (British and French against German) and that the proletariat was best served by maintaining a policy of neutrality and opposition to military preparedness.

This was fully in line with the Stalin-Hitler Non-Aggression Pact of August, 1939. V.M. Molotov, Chairman of the Council of People's Commissars and People's Commissar of Foreign Affairs, on Oct. 31, 1939, declared that "...Instead of enmity, which was fostered in every way by certain European powers, we now have rapprochement and the establishment of friendly relations between the USSR and Germany."

It must be remembered that not only the Communist Left, but the "moderate" Social-Democratic Parties in the democratic and neutral states of Western Europe, most notably in Scandinavia, preached a policy of demilitarization and a willingness to sign non-Aggression pacts with Germany. Denmark did precisely that on May 31, 1939 (violated eleven months later on April 9, 1940 by a full scale German invasion against completely unprepared Danish military forces).

The Danish Left had consistently advocated a policy of avoiding any military preparedness that might "provoke" Germany together with the full authority of King Christian X, urging the population not to engage in any sabotage activity or armed resistance. This was the line that was dutifully followed for the next three and a half years by the sitting Danish government under German domination. It fell to the lot of history's many ironies that the most influential cultural figure on the Danish political right was the personality who eventually rallied the will of the people to actively resist. This was Kaj Munk.

Lutheran Pastor Kaj Harald Leininger Petersen from the island of Lolland, Denmark was raised by a family named Munk and took this name after the death of his parents. From 1924 onward, the Reverend Munk was the vicar of Vedersø in Western Jutland. He achieved considerable notoriety in the 1930s as a playwright and was regarded by many observers as an outspoken critic of the Marxism and Darwinism that dominated much of Danish cultural life during this period.  His play Ordet (The Word) uses the naïve faith of a small girl and a "mad" uncle who believes anything is possible through faith, even a miracle returning the girl's mother to life after death in the face of the accumulated "wisdom" of all those who loved her.

Kaj Munk became known for his "strong characters"-integrated people who fight wholeheartedly for their ideals, and this was regarded as another expression of his disappointment with Danish democracy and the incessant squabbling among many secular parties intent upon dealing with one central problem-dividing the cake among different segments of society.

He very quickly turned against the Nazi program of anti-Semitism in disgust for the persecution without reason of the German Jewish community.  In 1938, the conservative Danish newspaper, Jyllands-Posten, published Munk's open letter to Benito Mussolini criticizing the Italian leader's blind emulation of Hitler's anti-Semitism. He also was gravely disappointed by the failure of the Scandinavian countries to come to the aid of beleaguered Finland in 1940 under the massive Soviet invasion and considered this inaction the result of a lack of unity.

Despite the warnings of friends who urged Munk to go underground, he continued to preach against Danish collaborators. In Denmark, Christian X was a puppet king. He did not choose to flee to England and help in the establishment of a government in exile as did other monarchs, such as Queen Wilhelmina of Holland and King Haakon of Norway. During the first three years of the occupation and in full agreement with the Danish government, the king had warned his fellow countrymen not to participate in acts of sabotage against the German occupation forces. This was the government line that he adhered to and which also guaranteed Denmark a special relatively mild occupation status, including no significant discriminatory measures against the Danish Jews until the planned deportation of October, 1943.

The Gestapo arrested Kaj Munk on the night of January 4, 1944, a month after he had defied a ban and preached a sermon at the national cathedral in Copenhagen, reiterating opposition to the Nazis and antisemitism. Danish Nazis were recruited to assassinate him. Half of the January 1944 issue of the resistance newspaper De Frie Danske was dedicated to him and the next page was an obituary with the text of his last sermon. Thousands of Danes attended his funeral and the newspaper published condemnations of his murder from influential Scandinavians.

The words of his last sermon from Copenhagen's Cathedral in December 1943 were a veritable call for insurrection:

This is what our old nation needs; a rejuvenating power, God's rejuvenating strength, that a new people may come forth, which is yet the old, worthy sons of the fathers. The gospel will have to teach the Danish nation to think as a great people; to choose honor rather than profit, freedom rather than a well paid guardianship; to believe in the victory of the spirit of sacrifice; to believe that life comes out of death, and that the future comes out of giving oneself.

The cross in our flag-it is long since we realized that it stands for something, and we have forgotten that now. And yet it is the cross that characterizes the flags of the North.-We have come to church-the few of us who go to church, and we have heard about the cross, about Christ's example of suffering, and Christ's words about self-denial and struggle. We have thought that this was all to be taken in a spiritual sense, and that it did not pertain to our time. We thought we were Christians when we sat in church and sang Amen. But No, No! We are Christians only when we go out into the world and say No to the devil, renounce all his works and all his ways, and say Yes to the Holy Spirit.

Lead us, thou cross in our flag, lead us into that Nordic struggle where shackled Norway and bleeding Finland fight against an idea which is directly opposed to all our ideas. Lead old Denmark forth to its new spirit. Not by the grace of others, or by their promises, shall Danneborg (The Danish flag) again become a free banner. For freedom only God can give; and he gives it only to those who accept its responsibilities. Lead us, cross in our flag, forward toward unity with other flags of the cross. With honor and liberty regained, the old Denmark in the young North.

His body was returned to the parish church, Vedersø, where it is buried outside the choir. A simple memorial stone cross was erected on a small hill overlooking the site where Munk's body had been dumped.

By the Liberation of Denmark on May 5, 1945, the Communists who had been passive and blindly followed the Moscow Party Line of "neutrality" during the early war years until the German attack on the Soviet Union on June 22, 1941, were widely seen as the most effective underground resistance movement. This was due in part to their greater experience in military training which included several dozen veterans of the Spanish Civil War and the rise in prestige of the Party due to the success of spectacular sabotage actions, especially the destruction of several factories in Copenhagen. Kaj Munk's heroic wartime role and his Christian vision deserve their full recognition by the Danish people and his words recalled.