Kabbalah of sexuality and intimacy 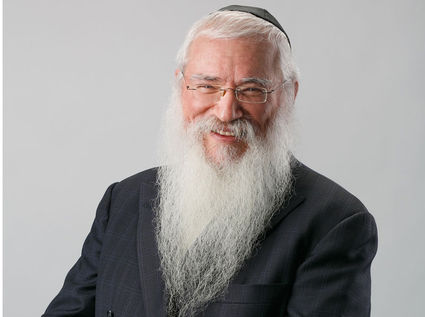 On Sunday, Jan. 15, 2017, at 7:30 p.m., Chabad of Orlando will be hosting a special evening at the Embassy Suites located at 225 Shorecrest Drive in Altamonte Springs titled "Kabbalah of Sexuality and Intimacy - Ancient Wisdom to Transform Your Love Life." The event is being headlined by world-renowned author, counselor, lecturer, and philosopher Rabbi Manis Friedman.

Friedman uses ancient wisdom and modern wit as he captivates audiences around the country and around the world. He hosts his own critically acclaimed cable television series, Torah Forum with Manis Friedman, syndicated throughout North America. Over 150,000 copies of his provocative yet entertaining CDs and MP3s, both audio and video have been sold.

Rabbi Friedman's first book, "Doesn't Anyone Blush Anymore?," published by Harper San Francisco in 1990, was widely praised by the media. "Blush" is currently in its fourth printing. Following the publication of the book, he was featured internationally in over 200 print articles, and interviewed on more than 50 television and radio talk shows. He has appeared on CNN, A&E Reviews, PBS, and BBC Worldwide, and has been the subject of articles in the New York Times, Rolling Stone, Seventeen, Guideposts, Insight, Publisher's Weekly and others.

In an effort to empower women in Judaism, he founded the world's first yeshiva exclusively for women, Bais Chana Institute of Jewish Studies in Minnesota. Since its opening in 1971, 22,000 women of all ages, backgrounds, and from all over the world attended the institute.

His most recent film, "The Lost Key to Intimacy" was voted the winner of the Best Documentary at the Houston International Film Festival in 2015. The film was released to the public in January.

Rabbi Friedman is a noted biblical scholar, recognized for his sagacious grasp of Jewish mysticism. From 1984-1990 he served as simultaneous translator for the televised talks of the Lubavitcher Rebbe, Rabbi Menachem M. Schneerson of righteous memory.

Rabbi Friedman is a professionally ranked member of the National Speakers Association. His speaking tours take him to every part of the United States as well as Israel, England, The Netherlands, South Africa, Australia, Brazil, Venezuela, Peru, Canada, and Hong Kong.

Sponsor (Includes VIP seats for 2 and autographed book by speaker) is $180.