Family search in the former Bessarabia 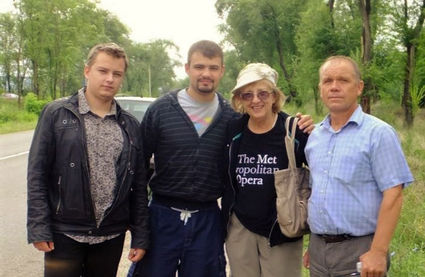 "My Jewish Roots" Workshops, sponsored by the Jewish Genealogical Society of Orlando (JGSGO) continue in February with the workshop: "The Changing Borders of Eastern Europe."

Several years ago, an opportunity came out of the blue for me to visit Moldova and the Ukraine, staying in two different cities with family of my Indiana dentist. I jumped at the opportunity, never having imagined being able to visit the city of my father's birth (Bendery, Bessarabia). Jacob Moses Schwartzman (1888-1966), a young man of 18 with a third grade education, came to America at the age of 18 in 1906. As the only son of seven surviving children (11 births) of widowed Hinda Schwartzman, he was the family's only hope to leave Bessarabia a year after the pogrom in nearby Odessa. After a few years in Cleveland, he was able to bring his mother and sisters to join him. He became an opera singer and then impresario (as Giacomo Bernardi) for over 40 years, bringing the greatest talent in the world to Cleveland. He died before we could have that conversation about what his birthplace was like. With just six weeks to plan, I arranged a trip to Kishinev, Odessa and then Bendery (now call Tighina). For a researcher and guide, I used resources recommended through JewishGen.org. With the help of a former Moldovan Army General, a Deputy Mayor, and a gaggle of museum staff, it turned out to be an interesting adventure for me.

Kishinev/Chisinau is the capital of Eastern Europe's Republic of Moldova. Founded in 1436, over time it first came under Ottoman, then Russian (as part of Bessarabia), Romanian, and then Soviet control, before gaining independence in 1991. I immediately retained Alla Chastain, a noted researcher in Kishinev, to look for traces of my Schwartzman family. Two days before my departure, Alla sent me an email reporting some success looking through the State Archives and Metric/Rabbinate Records.

From the family genealogical chart I had provided, Alla found what she believed to be the birth record of my father's oldest sister, but NOT in Bendery-in Criuleni, 16 miles away! The record showed the 1879 birth of daughter Ghitlya to 'petit bourgeois' Froim and Ghinda Schwartzman. Alla assumed they were my grandparents, Ephriam and Hinda, and one of their daughters, either Gaila or Gittle. A Bessarabia researcher friend advised that it could be that the Schwartzmans were "registered" in Criuleni through the Rabbinate and that is why the records were recorded there. Or, perhaps the family had roots there and then moved to Bendery-a larger and more prosperous town.

I went off to Bendery with no specific address as to where the family had lived and the new Criuleni twist. Talk about changing borders: Bendery is a city within the internationally recognized borders of Moldova, but since 1992 is under de facto control of the unrecognized, self-proclaimed Transnistria Republic. Travel into and out of its borders proved to be nerve-wracking. First my taxi driver, a former general in the Moldovan Army, was asked why he was driving an American lady with two Moldovan citizens (family friends) to Odessa. He used his smarts on that one. Leaving Bendery five days later, my guide was removed from our public bus, escorted into the checkpoint office, and asked why we were leaving at 5 p.m. when the report we filed as required with Tiraspol (the capital of Transnistria) police the day before indicated we would be leaving at 3 p.m.!

In Bendery, at the Natural and History Museum of Bendery, I showed the three ladies at the front desk the 1907 studio picture of my grandmother Hinda, her mother "Bubba Zipporah", and three of Hinda's daughters. The picture was taken in Bendery prior to Hinda and her daughters leaving to join my father in America. The ladies at the museum desk were impressed by the clothing worn by the girls and their mother which they said indicated that the family was "petit bourgeois"-from a "prosperous" (for Bendery) family, perhaps merchant class. Most disappointing-the "History" Museum has no trace of the once vibrant Jewish culture that existed there pre-Holocaust. At nearly 10,000 in 1910, Jews made up 35 percent of the population. It was actually in Odessa's Holocaust Museum I found the documentation of the horrors that befell Bendery during the Holocaust (a gripping description can be found in the Bendery Yizkor Book on Jewishgen.org: From the Diary of a Wanderer). At the impressive Fortress in Bendery, a local history specialist took us through head-tall overgrowth to see the unusual sight of a Jewish star carved at the top of a now virtually inaccessible gate to the fortress. It is believed there was a Jewish Cemetery at one time just outside this Fortress gate. Most Jewish synagogues in Bendery have been repurposed, and the oldest cemetery in town destroyed. The one remaining Jewish cemetery in Bendery dates to 1913, after the remaining Schwartzman family left.

Back in the Moldova capital-Kishinev-I decided I would venture forth on my own to visit Criuleni, where the Schwartzman record was found. The trip to Criuleni turned out to be very special, even though I didn't gain any new information regarding my family. I called on the former general who had driven me to Odessa the previous week to take me to Criuleni. While he did not speak English, he would dial up his dispatcher on his cell to translate whatever needed to be communicated.

Criuleni is located a short 16 miles North of Kishinev. Like Bendery, it is along the Dniester River and just outside the Transnistria border in that area. As we entered the Criuleni city limits, my driver got directions from locals on the two main cemeteries. Checking them out, we found only Christian burials.

On the main street we found the Criuleni Regional Administrative Offices where I asked about Jewish cemeteries in the area. I was directed to the office of the viceprimar (Deputy Mayor), Alexandru Iarovoi, where I was treated with great respect. Alexandru and his assistant, Igor, do not speak English. Alexandru indicated for me to sit down while Igor called a friend who could speak English. The friend, Semion Chizihin, arrived and explained that the Jewish graves in Criuleni had been moved to the town of Dubasari, just over the border in "breakaway" Transnistria. However, Semion said he has a friend whose Jewish grandfather had recently died. Through this grandfather, the friend knew about an unmarked Jewish cemetery. Semion said that he and his friends had been trying to keep the graves cleared and offered to take me there. My taxi driver, Semion, the vice mayor, his assistant, Igor, and I headed off in two cars toward Dubasari. After going past the border crossing into Transnistria, we parked alongside the road. We jumped a 3-foot gully and went down a slope into a heavily overgrown area. Pushing aside branches, Semion showed us about a dozen huge rectangular gravestones lying flat on the ground. The carvings did not seem to have been done by a professional stonecutter.

We assumed these stones were left behind due to size and weight when other Criuleni Jewish graves were supposedly moved to Dubasari, about 4 km distant. Alexandru brushed mulch into the engravings in order to make them more readable.

Irina Shihova, curator of the Kishinev Jewish Museum, later confirmed they are Jewish graves. Apparently these burials date to around the 1970s, and were not readily identifiable by me as possible relatives.

No Schwartzman graves found in Criuleni. I didn't have the courage to do the border crossing into Transnistria again to look into the Dubasari cemetery. In Criuleni, some very caring, non-Jewish citizens went out of their way to be of assistance. The Vice Mayor copied my Criuleni Rabbinical records of Froim and Ghinda Schwartzman and volunteered to continue to look for my grandparents and other Schwartzman family.

The difficulty of finding traces of Jewish history in Moldova goes to prove that the work of JewishGen-with its many offerings: databases, JOWBR, Bessarabian SIG, Kehila pages, etc.– is vitally important in order to rescue Jewish life from the "dustbin of history."

You can learn how to search JewishGen and other important resources at the Jewish Genealogical Society of Greater Orlando (JGSGO) "My Jewish Roots" workshops. The next workshop is "The Changing Borders of Eastern Europe" featuring IAJGS expert Hal Bookbinder on Tuesday, Feb. 7 at 7 p.m. at the Roth Jewish Community Center, 851 N. Maitland Ave., Maitland, FL. The workshop is FREE and open to the public. Bring your own laptop to participate in the lab portion. It is also possible to attend via the Internet. Pre-registration is required. Pre-register for either in-person or online participation at http://www.jgsgo.org/MyJewishRoots. 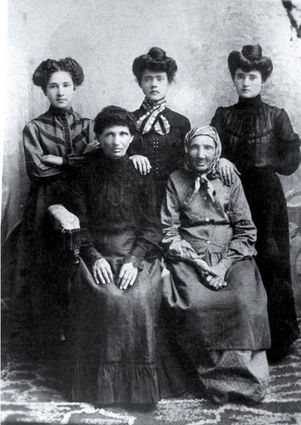