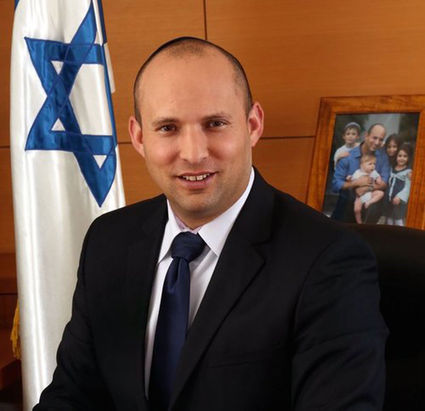 (Israel Hayom/Exclusive to JNS.org)-Jewish Home leader Naftali Bennett announced Monday that his party is planning to draft a bill to annex the Jerusalem suburb of Ma'aleh Adumim. The community is located east of Jerusalem, beyond the 1967 lines.

Bennett's announcement coincided with a Knesset Constitution, Law and Justice Committee meeting about the application of Israeli sovereignty to Ma'aleh Adumim.

Left-wing Israeli political leaders came out strongly against the proposal. Member of Knesset Michal Rozin (Meretz) said, "You are declaring war against the Palestinians and the world. The Bennett government is carrying out the Habayit Hayehudi (Jewish Home) vision and destroying the future of the country."