Meet the eight Women of Choice 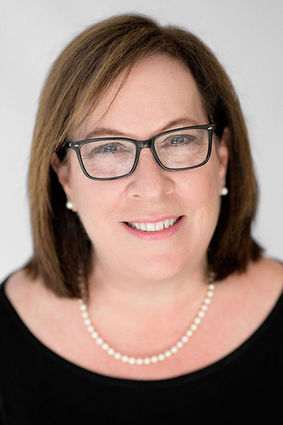 Choices, the Jewish Federation of Greater Orlando's largest women's philanthropy event of the year, is set for Thursday, Feb. 9, at Congregation Ohev Shalom in Maitland. Formal invitations have arrived in mailboxes over the past few weeks, and online registration is now live at http://www.jfgo.org/choices.

Traditionally, the Federation chooses to honor one Woman of Choice each year, a woman who embodies the values of philanthropy, volunteerism, service and leadership that are at the heart of the Greater Orlando Jewish community.

This year, Federation is honoring eight Women of Choice, each nominated by and representing one of the eight Jewish agencies serving Greater Orlando.

Here's a closer look at the eight women who will be honored at Choices on Feb. 9:

Es Cohen has made strengthening Orlando's Jewish community central to her life since 1988, when she began working as the membership director of The Roth Family Jewish Community Center in Maitland. Six years later, she and her sons, Justin and Matt, dedicated the Shayna Cai Presser Parenting Center, now known as Shayna's Village, in memory of her young daughter, Shayna, who had passed away three years earlier from a brain tumor. Today, Shayna's Village provides young children and their parents the opportunity to learn creativity through a unique schedule of enrichment classes.

In founding the Shayna Cai Presser Parenting Center, Cohen saw the opportunity to express her family's gratitude to the JCC while also creating a loving memory of her daughter. Since then, Cohen has gone on to work at Jewish Family Services of Greater Orlando and the Holocaust Memorial Resource & Education Center, and serves as a volunteer for multiple initiatives in the community.

Wendi Harris' involvement with the Rosen JCC began several years ago, but her Jewish identity has been deeply rooted in her from a very young age. She attributes that to her mother's guidance as the true matriarch of her family, instilling Jewish family traditions in every way possible. Harris says her mother, Gail Garfinkel, was her best friend. Tragically, Garfinkel's life was cut short by a horrific car accident just three weeks before Harris's son AJ was born. Harris felt an even greater need to stay connected to a Jewish community and keep her mom's memory and Jewish identity alive.

Harris had served as executive director of Central Florida Hillel for seven years and had strong ties to the Jewish community. She was a natural for a board position, beginning at the Roth Family JCC in 2012 and then transferring to the Rosen JCC in 2015 when its inaugural Board of Directors was formed. Harris's son AJ is a student in the Early Childhood Learning Center, and she became an involved parent in many capacities, including using her skills as an HR professional for Disney to assist with various HR issues and topics. She became the governance chair of the executive committee, and is now secretary of the board.

Harris has been instrumental in assisting the Rosen JCC with many critical projects, including rewriting the Employee Handbook. She also led the executive director search, and created a step-by-step process to assist the JCC in finding the right person for this vital role.

Eve Homburger has called Central Florida home since 1977, and she has shared her time, talent and treasures with our community ever since. Her most valuable treasures are her husband, Brad Jacobs, and son Marc, who share her passion for volunteering and philanthropy.

As a second-generation Holocaust survivor, Homburger learned the importance of community and philanthropy from her parents. "They went from having everything to having nothing," Homburger says. "They taught me the importance of giving back to the community." Homburger still thinks about the speech her father gave at her religious school confirmation that has guided her throughout her life. "My father shared three important values to live by: The first was tolerance. He encouraged me to be open-minded and to accept people of all types. Next, he emphasized honesty, and wished me a life of honor and truthfulness. Lastly my father wanted me to know the importance of a sense of humor, and how to make lemonade out of lemons."

She and Brad have thoughtfully passed these values on to Marc, who clearly took them to heart. After attending the Holocaust Center's Dinner of Tribute in 2015 he was so touched by the message of the event that he decided to give his birthday money to the Center. He wanted to dedicate his donation "in memory of those who showed courage in the face of danger." Most recently he asked his bar mitzvah guests to make a donation to the newly created Marc Homburger Jacobs Fund at the Holocaust Center.

You cannot speak about the history and success of Central Florida Hillel, or the organized Jewish community in Orlando, without speaking about Nina Oppenheim.

As the first president of CFH in 2000, Oppenheim was instrumental in leading the agency during its formative years. Under her direction, CFH hired a full-time executive director, program professionals and development professionals. She oversaw the creation of a fully functioning board of directors and placed Hillel on a track toward excellence before stepping down to serve as immediate past president and then secretary.

After the national financial collapse of 2008, Oppenheim again served as Hillel president and was instrumental in ensuring that Hillel would continue to ensure Jewish life on campus.

Oppenheim's impact can be seen across the country as you connect with students who were involved with Hillel. These students now serve as board members for Jewish causes, work for Jewish organizations and participate as active members of their Jewish communities.

Alison "Ali" Polejes began her involvement with the Kinneret Council on Aging and Kinneret Apartments more than 15 years ago. She was a part of the Federation's Bornstein Leadership Development Program and had taken a tour of Kinneret Apartments-a tour that would eventually alter her life and career path.

"I began my involvement as a board intern," Polejes says. "...and when they asked me to accept a board position I immediately said yes. I was very close to my grandparents, and had visited Kinneret over the years as a child. Kinneret seemed like a natural fit."

In 2007, Ali accepted the position of president of the Kinneret I, Kinneret II and Kinneret Council on Aging Board. Under her leadership, Kinneret became an A+ rated property, and HUD awarded Kinneret II a $1.7 million dollar green retrofit grant.

"Kinneret's mission of 'Caring for Those who Care for Us' is deeply important, and I personally gain so much from my involvement here," Polejes says. "I work with amazing people like Mark Silverberg, whose knowledge and history of Kinneret is invaluable; Robert Hara, who always boosted my confidence and supported my efforts through some trying times; and Rhonda Pearlman, my mentor and dear friend. It's a board that works together; works hard and does good work. I am so proud to be a part of the leadership at Kinneret."

One of the most important jobs the president of an organization can do is groom her successor. Elise Schilowitz needed no grooming when she became president of the Jewish Pavilion. She already had tremendous passion for the Pavilion-knowledge of how the organization operates and serves seniors, strong relationships with board members, familiarity and involvement with all of the Pavilion's events, and excellent organizational skills.

According to her nominator, Schilowitz's trademark warmth suited her well as president of the Pavilion, and she fostered a genuine sense of camaraderie among board members. Whether serving as Pavilion's president or president of the Friends of the Jewish Pavilion, Schilowitz is regarded as a builder and a leader who has forged meaningful, lasting relationships with donors, sponsors and volunteers.

Miriam Varnagy hails from Caracas, Venezuela, where she attended the local Jewish day school from kindergarten through high school, and traveled to Israel with her school. She married David Varnagy, also from Caracas, and eventually they made their way to the United States, where David became a vascular surgeon.

Miriam and David moved to Orlando in 2008 with their two young children, Estrella and Michael. The children enrolled at the Jewish Academy of Orlando in Maitland, and Varnagy immediately became a "Super Volunteer" at the school. She served as HUM president (Horim U'Morim-the JAO's PTO), Gala chair, board member and vice president of development. Miriam also is a graduate of the Federation's Bornstein Leadership Development Program. 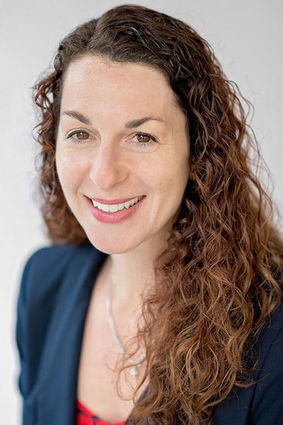 Madeline Wolly says Jewish Family Services of Greater Orlando has been her "second home" since 1983. When she and her husband, George, were invited-yes, back then you had to be invited-to start with JFS, the agency was located on Wymore Road in a little house, and the pantry was just a tiny closet. But they did some big things with the food in that little closet.

Wolly has been a member of Congregation Ohev Shalom since she moved to Orlando in 1975 to marry George. She has been active in Hadassah and COS, and now she volunteers at the Villages on the Green, where she has lived for the past 11 years.

Read more about Choices 2017, including a profile of celebrity guest speaker Sonia Kashuk, at http://www.jfgo.org/choices.