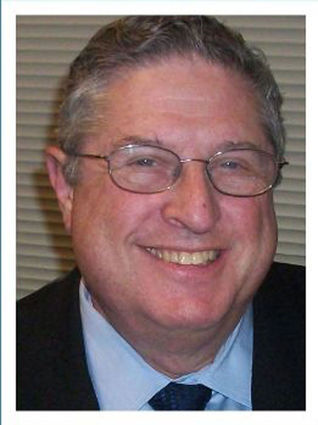 Start on a family discovery journey with the Jewish Genealogical Society of Greater Orlando as it continues My Jewish Roots a JGSGO Workshop Roadshow.

Each participant's family discovery journey will include directed hands-on labs that will lead to extending their family tree-adding newly discovered ancestors and living cousins.

The February My Jewish Roots Workshop, "The Changing Borders of Eastern Europe," traces a millennium of border changes in Eastern Europe and the impacts of these changes on our Jewish ancestors. An ancestral town may have been under the rule of several countries over time. Recognizing which governments were in control at various times can help in understanding the environment in which ancestors lived, events that stimulated migration, languages in which records were kept and likely locations where these records might be found. As the Russian Empire expanded west in the 17th and 18th centuries, millions of Jews found themselves within the Empire and Russia found that it needed to deal with a people it had tried to exclude for hundreds of years. JGSGO President, Jerry Kurland, remarked, "Hal Bookbinder makes Eastern European history and our Jewish roots come alive."

Hal has identified over 4,000 relatives, tracing two lines to the late 1700s in modern-day Ukraine. He has written and lectured widely, focusing on providing historical context to our ancestors' experiences in Europe, in migration and in America. Hal is past president of the International Association of Jewish Genealogical Societies (IAJGS) and has chaired a number of IAJGS conferences. In 2010 he was recognized with the IAJGS Lifetime Achievement Award. Hal directs IT Strategic Finance for UCLA Health, teaches for the University of Phoenix and directs a job skills program for individuals in recovery at the LA Midnight Mission. He and his wife Marci reside in the Los Angeles area. Hal and JGSGO mavens will assist workshop attendees as they start their family discovery journey on their own laptops.

"The Changing Borders of Eastern Europe" with Hal Bookbinder will be held: Tuesday, Feb. 7, 7 p.m.-9 p.m., at the Roth Jewish Community Center, 851 N. Maitland Ave., Maitland. The workshop is free and open to the public. Bring your own laptop to participate in the lab portion. It is also possible to attend via the Internet. Pre-registration is required. Pre-register for either in-person or online participation at http://www.jgsgo.org/MyJewishRoots.

The My Jewish Roots series of 10 monthly hands on workshops hosted by the JGSGO is co-hosted by the Roth JCC, Rosen JCC, UCF Hillel, Congregation Ohev Shalom, and Temple Israel in rotation at their facilities and also joinable over the Internet. In addition to assisting attendees in discovering their family tree, these workshops will help the Orlando Jewish community get the most out of the upcoming 37th Annual International Association of Jewish Genealogical Societies (IAJGS) International Conference on Jewish Genealogy. This premiere international conference will be held for the first time in Florida July 23-28, 2017 at the Disney Swan Hotel with local host JGSGO. For more information, visit http://www.jgsgo.org/MyJewishRoots.