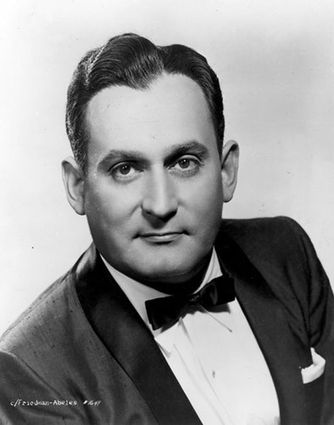 On Sunday, Feb. 26, at 2 p.m., the Congregation of Reform Judaism will host Dr. David Tucker, son of legendary singer Richard Tucker, as he narrates an audio and video tribute to his father along with James Drake, Richard Tucker's biographer.

"The voice of Richard Tucker," said the legendary tenor Luciano Pavarotti, "was not only beautiful-shimmering, silvery, and very powerful-but also incredibly enduring. For 30 years his voice remained youthful and vibrant. Richard Tucker gave himself to his public and his public not only admired him, but loved him for it."

Born on Manhattan's Lower East Side in 1913, the jovial, athletic teenager, known to his friends as Ruby (short for Rubin) may have lived the life of a smalltime trade worker had it not been for his iron-willed determination to become an opera star. "Nobody, but nobody gave me any odds of making it in opera," he said at the pinnacle of his career. "But I knew I had a gift. I had a calling, and I had my wife Sara, who believed in me with all her heart and soul."

Tucker began his musical career as a cantor in New York's most prestigious synagogues and went on to become an internationally acclaimed tenor whose voice and artistry were synonymous with the Golden Age of the Metropolitan Opera, where he reigned as a superstar for three decades. From his headline-making debut on Jan. 25, 1945, to his sudden death on Jan. 8, 1975, when he suffered a fatal heart attack shortly before a concert performance, Richard Tucker was known worldwide as the American Caruso.

Today, more than 40 years after his last Metropolitan Opera performance, Richard Tucker is still revered as one of America's greatest tenors. His numerous recordings of operatic, cantorial and Jewish, Italian and American popular music continue to be released in ne digital formats, and his legacy is perpetrated through the annual gala concerts of the Richard Tucker Music Foundation, which are telecast nationally by the PBS network.

Congregation of Reform Judaism is located at 928 Malone Drive, Orlando. Tickets are $18 per person for the community, and $10 for CRJ members, seniors, and students; and can be purchased online at http://www.drjorlando.org/richard-tucker