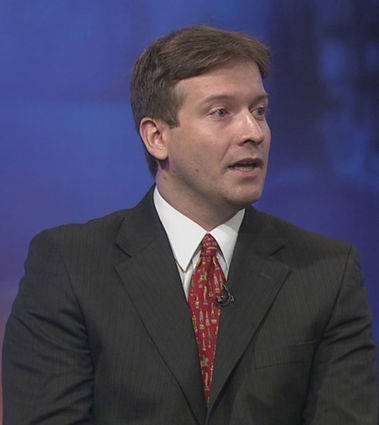 "Jihadist Deception through Language" is the program Dr. Jonathan Matusitz will present to the Central Florida community on Thursday, March 23, at 7 p.m. at the Eastmonte Civic Center, 830 Magnolia Drive, Altamonte Springs.

This event is sponsored by the Zionistas.

Included in his program, in addition to Jihadist Deception through Language, are Speech Code Theory, and Propaganda and Linguistic Deception.

Jonathan Matusitz received his Ph.D. at the University of Oklahoma in 2006 and is currently a tenured associate professor in the Nicholson School of Communication at the University of Central Florida. His research focuses on the role of communication in terrorism, symbolism in terrorism, the globalization of culture, and health communication. His research methodologies include qualitative interviewing, content analysis, semiotics, and theoretical analysis.

On top of having more than 100 academic publications and over 100 conference presentations, he taught at a NATO-affiliated military base in Belgium in 2010. Originally from Belgium himself, he moved to the United States in 2000.

In 2011, Dr. Matusitz's research was cited by the U.S. Supreme Court. Since 2014, he has collaborated with a representative of the Defense Research & Development Organization (DRDO), Ministry of Defense, in India to examine suicide terrorism.

Occasionally, Dr. Matusitz is the featured speaker at law enforcement workshops and training sessions. He has delivered presentations on terrorism to agencies such as the Florida Department of Law Enforcement, the Department of Homeland Security, the Transportation Security Administration, and local sheriff's offices.

Since his tenure at UCF, Dr. Matusitz has received multiple faculty awards. In 2012, he was honored with a prestigious teaching award by the College of Sciences (COS). In 2014, he received a teaching award by the Nicholson School of Communication: the "Excellence in Teaching Award for 2013-2014." And in 2015, he was the winner of the Excellence in Undergraduate Teaching Award for COS.

This program is open to the community at no cost. Donations are greatly appreciated. Reservations are requested. Please contact Sandi Solomon at 407-831-0176 or sansolomon@hotmail.com.

Founded by Eva London Ritt, Diana Scimone, Judy Shujman and Sandi Solomon, the Zionistas are a coalition of Christian and Jewish women united for Israel. Advocacy, Awareness and Activism is the driving force behind the Zionistas. Men are welcome to join us.

Everyone should attend this lecture. Dr. Matusitz brings only facts and evidence to the discussion. Liberal Orlando Jews should be first in line to attend - and respectfully ask Dr. Matusitz any questions you may have. Thank you