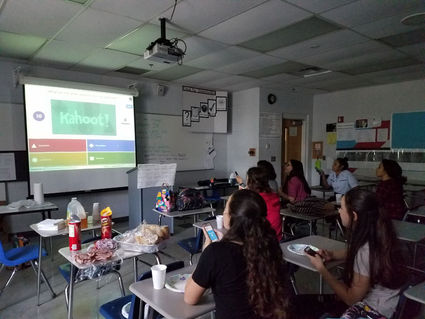 Back in March, several Lake Brantley High Jewish students decided to do something about the anti-Semitic vandalism that had taken place on their school grounds. At a meeting of Club L'Chaim-the Jewish club at Lake Brantley-the group decided to strengthen their pride in being Jewish and planned to help educate their peers about hate issues. 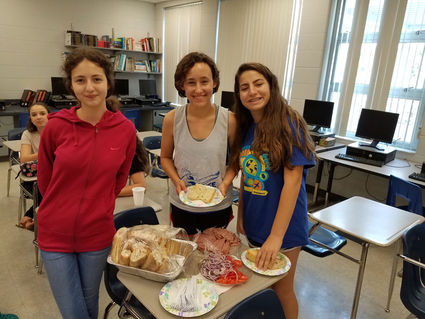 Students enjoy the deli foods that Chabad of Altamonte brought for the Club L'Chaim meeting.

Thus the birth of the Kosher Food Club, hosted by Club L'Chaim, which will meet once a month to discuss various Jewish holidays and traditions.

The groups' first meeting was a success with 20 teens participating. Chabad of Altamonte Springs sponsored a lunch of deli sandwiches. Rabbi Mendy Bronstein led a discussion on Passover and students Alana Halperin and Ofree Basher prepared and told the story of the Passover. Afterwards, the students played a Q&A video game about things Jewish.