A son's recollection of his father's heroism at Ammunition Hill 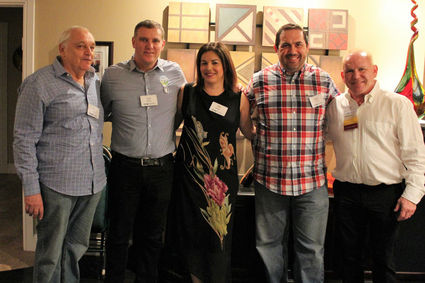 Over the course of three days, beginning June 5, more than 182 Israeli soldiers fell along the Jerusalem front fighting against Jordanian forces in what is ingrained in Israel's collective memory as one of the Six-Day War's fiercest and bloodiest battles. Ammunition Hill, a critical part of the struggle for Jerusalem, is today a Jewish National Fund-sponsored national memorial site that honors and tells the story of the heroic soldiers who died in the fight to reunite the capital city in 1967.

Alon Wald, marketing manager and event coordinator at Ammunition Hill, is the son of Rami Wald, an Israel Defense Forces (IDF) captain and a war hero who fell on the first day of fighting. At the outbreak of the war, Alon was only 10-months-old, and since then he has spent much of his adult life trying to piece together the story of his father's bravery. The journey is what led him to give a voice to those who fell in the battle for Jerusalem, and share their untold stories with visitors.

"My father was a carpenter, newly married, and with a baby on the way. At 32-years-old, he was an 'old' reservist in the 28th Paratroopers Battalion, a combat engineer expert who had taught soldiers his specialty for many years," Alon said in his office. "Prior to the war, the army told my father that he had 'done enough,' had 'family responsibilities,' and if he was ever needed, he would be an adviser to General Mordechai 'Motta' Gur, his brigade commanding officer."

When war broke out on June 5, Wald was immediately called up by Gen. Gur, who was in charge of the division trying to capture the Old City, which had been lost to Jordan in the 1948 War of Independence. Wald was deployed as part of Gen. Gur's commanding officers contingent, and rode with him in the armored vehicle collecting and analyzing data.

The details of what happened next remained a mystery to Alon for much of his life. Driven to learn more about his father, at age 40 he began seeking answers from the men who were with his father and the last to see him alive.

"I always knew he died a hero, but as a kid it's an unwritten rule that you don't ask too many questions," he said. "As the years went by, I wanted to better understand the man who was my father." He began putting together the pieces of the puzzle, first by speaking with the intelligence officer who was with Wald in Gen. Gur's vehicle.

"The battle for Jerusalem had already begun, and the reservists were getting ready to open up the way to Ammunition Hill, the strategic hilltop occupied by the Jordanians that served as the gateway toward the Old City's liberation," Alon recounted from what he learned. "The officer said that my father knew the soldiers were entering a danger zone, one where they would have to navigate through a 300-meter-long minefield and overcome barbed wire and trenches. But Motta didn't allow him to join, reminding my dad that he had already 'done enough.' My father begged and argued until Motta relented."

Alon learned more from the medic who treated Wald after he was injured. According to the medic, as the first platoons were rushing toward the Jordanian forces, Wald appeared "out of nowhere" a mere 300 meters from the front line. "My father approached a tank from behind to speak with its commanding officer through the internal communication system, which is located at the rear of the tank, when the engine fired up and a blast of hot exhaust hit him in the eyes," Alon said.

The medic dragged Wald away, bandaged him up, and turned his attention to the chaotic scene unfolding. The medic said that 15 minutes later he saw Wald yank off the bandages, pick up his rifle, and make a dash toward the front.

The last person to see Wald alive was Nir Nitzan, who was second-in-command of the platoon that captured Ammunition Hill on the second day of the war. Nitzan and the combat engineers were laying Bangalore torpedoes, an explosive charge placed within connecting tubes, to clear a path through the minefield. That's when Wald again appeared "out of nowhere."

Good friends as civilians, Nitzan was relieved to see Wald and confided in him that he was afraid. Wald reassured him, and said, "You will go in safely and you will come out safely. Now, let me do my work."

Bangalore explosives produce a distinctive, thick smoke and immediately after the blast, two soldiers with flashlights are charged with directing the soldiers down the cleared path. It was also a given that once the Jordanians saw the smoke they would begin shooting into it, knowing that their defense line had been breached. "Because he knew this drill better than anyone else, my father grabbed a flashlight and jumped in right after the explosion," Alon said. "He was instantly shot three times in the chest and fell down, still holding the flashlight and illuminating the path. Nir [Nitzan] once told me, 'Try to imagine how symbolic it was that after your father was fatally shot, he was still showing us the way.'"

Shortly after, the IDF-with 36 casualties-took Ammunition Hill, and the rest is history. This battle allowed for the liberation of the Old City and the reunification of a Jewish Jerusalem for the first time in over 2,000 years.

"I couldn't be more proud of my father," Alon said with pride. "At age 32, he could have stayed back and remained safe, but because of his commitment to his friends, the army, and his country, he joined the battle. There are many stories of heroism from Ammunition Hill, like his, and they are what led me to become involved with the site. We need to ensure that future generations know about these heroes who fought for Israel's survival and for Jerusalem."

Although Alon felt the absence of his father during childhood, in many ways he was surrounded by many surrogate fathers-Rami Wald's comrades-in-arms. "I remember them telling me, 'You are part of our family now and you will never be alone,'" Alon said. "They were always there for me, and they instilled in me the values that they and my dad held dear."

It is because of those values that Alon became a major and commanding officer of an elite IDF paratroopers unit; established the Maglan Unit, a special forces group that operates deep in enemy territory; was recruited by Israel's Secret Service; oversaw the security personnel of Israel's embassy in Cairo and later in Vienna; and was an air marshal for EL AL Airlines. "I felt that my father was with me all the time, pushing and supporting me," Alon said.

When he speaks to young visitors at Ammunition Hill, it is about these same values. "When Shorashim-Taglit Birthright and Hillel groups visit, I want them to leave inspired by human values-values everyone can relate to," he said. "JNF has been integral in Ammunition Hill's preservation and renovations. They have helped me tell this story by building the new Norman and Jean Gould Commemoration Hall for visitors."

To mark the 50th anniversary of Jerusalem's reunification, and to honor his father, Alon launched the JerusaLens Jerusalem Photo Challenge. The contest-sponsored by JNF as well as municipal and governmental ministries-was open to people around the world to submit their unique pictures of Jerusalem, with the 100 best to be exhibited at Ammunition Hill for public viewing. The contest was the largest photo contest in the world, with more than 2 million people participating. 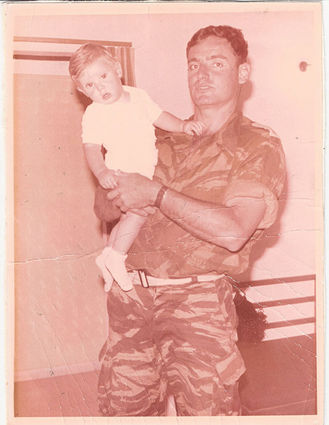 "Not surprisingly, Israel has many commemoration sites and many stories of heroism," said Alon. "So why does JNF support Ammunition Hill so significantly? It's because Jewish National Fund is a visionary organization and its donors, like Larry Russ from California and Bruce Gould from Florida along with many others, understand that what we do at Ammunition Hill is for the Jewish people everywhere. JNF donors enable us to share our story with the next generation in a way that is modern and relevant."

Nine years ago, together with Ammunition Hill, Jewish National Fund built the Wall of Honor as a way to pay tribute and respect to Jewish combatants who fought in any war, and in any country. The wall is a testament that shows that Jews, no matter where they live, are loyal and ready to fight for the nations they live in.

Said Alon: "Loyalty and bravery, like the names of those on the Wall of Honor, are values that were important to my father and ones that are equally important for me to pass on to the next generation."

For more information, or to plan a trip to Ammunition Hill, please visit g-h.org.il/eng or email travel@jnf.org.