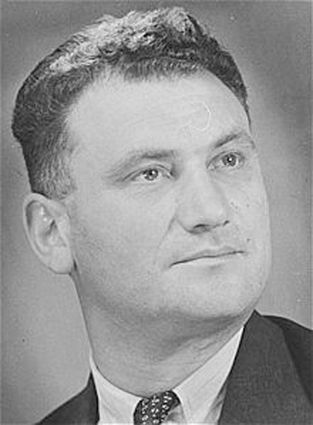 I never knew of this true hero...

Tuvia Bielski (May 8, 1906-June 12, 1987) was the leader of the Bielski group, Jewish partisans who set up a camp for Jews fleeing the Holocaust during World War II. Their camp was situated in the Naliboki forest, which was part of Poland between World War I and World War II, and which is now in western Belarus. Tuvia was the son of David and Beila Bielski, who had 12 children: 10 boys and two girls. Tuvia was the third eldest. His brothers Asael, Alexander ("Zus") and Aron were later to become members of his partisan group.

When Operation Barbarossa broke out, Tuvia, Zus, and Asael were called up by their army units to fight against the Nazi German occupiers. Tuvia recalls: "Suddenly about fifty planes (Luftwaffe) flew over the town dropping incendiary bombs. In a very few minutes the entire place was on fire. The commander called us in, ordered us to leave the burning town and regroup in a forest about five kilometers from there. We were to continue working. We carried out his command but soon after we began our job in the forest another wave of planes flew over the area and set the woods on fire. The commander called us in and said: 'Friends, you are on your own!'" After the units disbanded, the Bielski brothers fled to Stankiewicze, where their parents lived. In early July 1941, a German army unit arrived in Stankiewicze and Jewish residents were moved to a ghetto in Nowogródek. The four Bielski brothers managed to flee to the nearby forest. Their parents, two of their brothers and other family members were killed in the ghetto on Dec. 8, 1941

Tuvia Bielski led a group of Jewish partisans who hid in the forest. Although always hunted by Nazis, Bielski's group continued to grow. They periodically raided the ghettos to help people escape. They lived in the forests for over two years, and in their camp, they built a school, a hospital, and a nursery. As leader of the Bielski partisans, his aim was to save the lives of Jews, where he could make a large impact, rather than getting involved with skirmishes with Nazis, where their effect would be negligible. Thus, they did not explicitly seek to attack railroads and roads that the German Nazis were using as supply routes, but did sometimes carry out such attacks in order to save Jews at risk of being killed by Nazis in the Holocaust. The Bielski partisans ultimately saved the lives of more than 1,200 Jews.

In 1944, Asael Bielski was conscripted into the Soviet Army and killed in battle in Germany. After the war, Tuvia, Zus and their wives went to Israel via Romania, and ultimately immigrated to the United States in 1956. They joined their older brother Walter in New York, where he had gone before the war. Tuvia and Zus ran a small trucking firm in New York City for 30 years. He married Lilka, another Jewish escapee; they remained married for the remainder of their lives. They had three children: sons Michael and Robert, and daughter Ruth, and nine grandchildren. Granddaughter SHARON RENNERT made a documentary about her family called "In Our Hands: The Legacy of the Bielski Partisans." When Tuvia died in 1987, he was nearly penniless. He was initially buried on Long Island; one year after his death, his remains were exhumed and taken to Jerusalem, where he was given a state funeral with full military honors in 1988. Actor Daniel Craig portrayed Tuvia in the film "Defiance" in 2008.

The most beautiful magazine laying in a pack of assorted magazines at the Jewett Orthopedic Clinic where I went for post-operative surgery recently, turned out to be " Lake Mary Life" magazine.

What a coincidence! The magazine is the "baby" of SHEILA and MICHAEL KRAMER, friends of mine. It covers the news and happenings of Lake Mary, Heathrow, Sanford and Longwood. Sheila is the publisher and Michael is her managing editor.

Michael also happens to be one of the most talented pianists I've ever performed with and so is Sheila and Michael's son, BEN, a fabulous bassist! And what a great magazine!

(Not only informative, but beautiful. In fact I keep it on my cocktail table for decoration!)

On Friday, May 26th at the Dr. Phillips Center for the Performing Arts, 445 S. Magnolia Avenue, Orlando, it will be "PechaKucha Night" which will be "Unwrapping the brilliance of Orlando" through personal stories told in the internationally famous PechaKucha format: 20 slides x 20 seconds. It's a format that keeps the presentations moving and the audience engaged.

The event starts at 2 p.m. Tickets are $20 which includes a buffet with the show. And what a show it will be!

(It always is. I have never been disappointed, just jealous!) 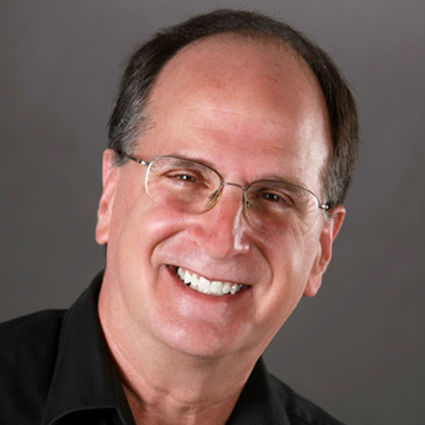 Next time you dine at the Olive Garden in Winter Park, ask for general manager, WILL CERRUD and tell him you saw this salute to server ANGELICA OLIVO. She was efficient, fast and super-pleasant. Great service, indeed!

(Give this one a little thought.)

Abe's father is a widower and a multi-millionaire. He also has a terminal illness and is likely to pass away soon. Abe, a single man, decides he needs a woman with whom to enjoy his soon-to-be-received fortune and where better to find one than in a single's bar. With luck, on his first visit, Abe meets Rifka, a woman whose beauty literally takes his breath away.

"I'm just a standard kind of a nice guy," he says to her, "but in a week or two's time my dear father is expected to die and I'll inherit over $20 million." Rifka goes home with Abe and the following day becomes his stepmother.