March of the Living... My journal from Poland 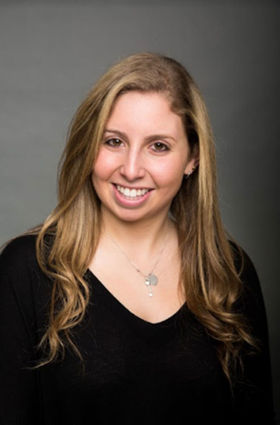 Dani Shipley, granddaughter of Jim and Rachel Shipley and daughter of Tom and Pam Corey Shipley, went on the March of the Living. The following is her diary of her first week in Poland.

No words. Today was a day like no other. Eleven-thousand strong, from all over the world. There's nothing like walking from a concentration camp (Auschwitz) to a death camp (Birkenau). Walking with Japanese flags on both our sides from their delegation, next to the Japanese women and men waiting to embrace you. Their signs and flags that simply read, "We apologize." She hugged me... embraced me like my mother after coming home from a trip. Said I love you. And like my sister after a fight said "I'm so sorry." What was I supposed to say? Thank you? It's okay? It doesn't make up for it... So I smiled and nodded my head while tears fell from my eyes. I am next to my best friend whose grandfather suffered for eight months in Auschwitz before he was transferred to another camp. What was she supposed to say? So we just cried. Along with every other person there.

Eleven-thousand Jews bonded by our ancestors, love, hatred and pure grief. We entered into a place with 11,000 people that would listen to stories of rage and bitterness, of loss and hope. One survivor spoke wearing his uniform with his granddaughter by his side wearing his wife's uniform. He was captured along with 11 family members... sisters, brothers, parents, cousins and he left by himself, the only survivor. I've heard many survivors speak, but never like this one. He was so full of anger that his body was shaking. His granddaughter held his arm tightly as if he was about to have a heart attack and she was asking him to calm down.

On the way into Birkenau, Poles were standing all around. They hugged us and said they stand with Israel. One of them hugged and recited "May God bless you and keep you." Being supported by not just Jews from around the world but other nationalities and religions was breathtaking. As we walked into Birkenau, we placed our paddles into the train tracks. The same train tracks that 70 years ago, thousands of Jews had been delivered like cattle and locked up in barracks meant for horses. There were paddles with children's name who were murdered, names of grandparents, quotes from survivors, or just Hebrew words written. People wrapped in Israeli flags just sitting on the tracks trying to comprehend what surrounds them.

We read excerpts from the book "Hope is the Last to Die" where a woman talked about what it was like to enter the shower room with her mother and leave the barrack without her. What it was like to find out her mother was sent to the gas chamber while she was sent to labor. From the gas chamber she was sent to the crematorium where she was burned. Her body turned to literal dust. They made her feel final, so insignificant, like a piece of meat devoured by wolves.

They call it survival of the fittest but they should call it survival of the cruelest. I can't put into words what it was like walking into the crematorium. To look inside the machine and imagine a body lying inside: a brother, a sister, a parent, a child. Today, this is a place where every person that entered left as a different person. We moved to the memorial where we stared at a pile of ashes. I saw bones, the ones of whom could have been a five-year-old boy who had a full life ahead of him but instead was put to dust because he wasn't born the way they wanted him to look like. Simply because he was a Jew.

Everyday our tour guide, Maya, uses the phrase "choice less choices" to describe situations in each camp. But today, in Treblinka, I saw no choices. Every person shipped into the camp was immediately sentenced to death. Maya told a story about a girl who asked one of the men, "How long will it take?" "About 10 minutes" he answered. To which she replied "farewell." Those were her last words. Farewell to those around her, to life, and to hope. Helina (a survivor and an author) wrote a book called "Hope is the Last to Die." I believe that is what this woman said farewell to-farewell to her last chance of hope. 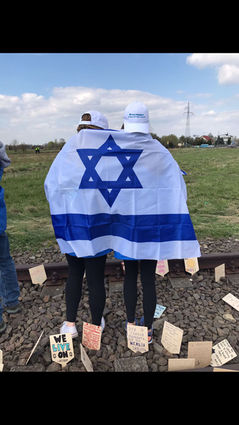 Walking to Birkenau, the group placed their paddles into the train tracks.

Unlike other concentration camps and death camps, Treblinka has been destroyed and turned into a memorial. The Germans destroyed it after hearing how close the Soviets were. They destroyed lives, families, and all evidence. But that doesn't stop us from mourning, from acknowledging what happened and what should never happen again.

The memorial that was built in its place needed to commemorate over 800,000 people that were murdered. Therefore each stone represented a community that people were sent from. Here I found Prezemysl. There were over a thousand stones there. But the first stone I saw next to the main one was Prezemysl, the same town my grandma's family was from. This spoke to me. I didn't have any direct family that suffered, but seeing this stone showed me that we are all connected in some way. That my grandma now rests with her family before her. And I represented them today. Although they were not able to leave the camp, I was. And along with me I take their memory to Israel tonight... to our Jewish safe haven.