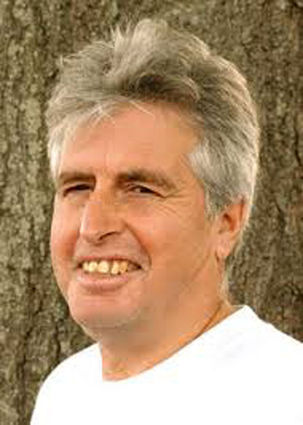 The following are two sayings sent to me by the Zionist Organization of America (ZOA). As disturbing as they are, we have to be aware of the hate: "Wherever you see an Israeli, slit their throat." This was said by Sultan Abu Alainin, Palestinian Authority Central Committee, top adviser to PA head Mahmoud Abbas.

If "filthy" Jews and Christians "don't convert to Islam, their life and property are halal (free for the taking) for the Muslims." This was said by American Imam Yasir Qadhi.

And in contrast, here are some former leaders who know the power of the pen...

1."Slings, arrows, gas chambers can annihilate man, but they cannot destroy human values, the dignity and freedom of the human being." This was said by Shimon Peres.

2. "No one yet knows what awaits Jews in the 21st century, but we must make every effort to ensure that it is better than what befell them in the 20th." This was said by Benjamin Netanyahu.

3. "Diplomacy and defense are not substitutes for one another. Either alone will fail." This was said by John Fitzgerald Kennedy.

The following was sent to me in a letter from the World Jewish Congress:

"America's Jews are worried. And rightfully so. The resurgence of anti-Semitism we've been witnessing around the world (particularly in Europe) has begun to surface in America. It is shocking to see Jewish sites across the United States being targeted by hatemongers.

Yes, even here in the U.S., the country with the strongest Jewish community in the Diaspora, anti-Semitism is alive, and, sadly, far from eradicated.

In New York City, anti-Semitic incidents were up an astounding 94 percent over the first two months of 2017 as compared to last year. And of the 68 reported hate crimes in January and February, more than half were deemed anti-Semitic. These are deeply worrisome times for Jews here at home and around the world. We must stand strong, speak out and fight back... together."

"Three cheers for ELI BERCOVICI, who is chairing the Jewish Pavilion golf tournament this year. Eli is very committed to enhancing the welfare of our elders and to the Jewish community. He works tirelessly to achieve his goals. No one says "no" to Eli.

Thanks to his hard work and dedication, along with his co-chair, KEITH LEVITT, the Jewish Pavilion will be able to fund the Orlando Senior Help Desk for another year."

At the last show of the Congregation Ohev Shalom Seniors, a little kid with big talent really entertained me. His name is JUSTIN ROMAN, son of STEVE and HELEN ROMAN. Justin is only six years old but he portrayed Frank Sinatra in the show! According to his dad, he's been singing since he was two years old.

And speaking of the COS Seniors...

Their next meeting/show will be on Sunday, June 4th, beginning at 2 p.m. at the synagogue.

The super talented ALLAN VACHE will perform along with three equally fabulous musicians and a vocalist!

And speaking of super musical talents...

On Sunday, May 28th, the wonderful RICH WALKER will perform at the Altamonte Chapel. He will be accompanied by MARK MCKEE on piano, CHARLIE SILVA on bass, and WALT HUBBARD on drums.

(What a great group!) Of course our own ALAN ROCK is emcee. 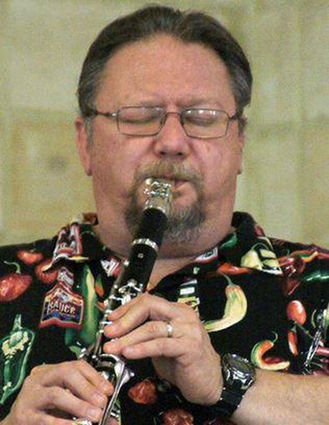 Bernie is a very wealthy man indeed. One day in June, he goes on holiday with his latest, much younger girlfriend, Sarah. As the days in the sun wore on, Bernie and Sarah began to talk about the differences in their ages and interests between them.

Bernie took this opportunity to ask Sarah what was, to him, an important question. He asked, "If I lost everything, all my money, my mansion, my Rolls Royce, tomorrow, would you still love me, Sarah?"