The Sephardim-Part I Their Heritage 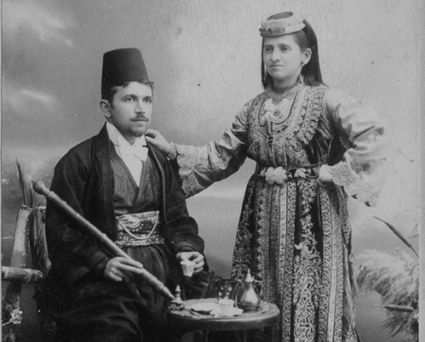 Many American Jews, who are at least 95 percent Ashkenazi by origin, also find it hard to relate to those Jews in Israel whose cultural background is so different. By origin, approximately 50 percent of the Israeli Jewish population identify themselves as "Edot HaMizrah" (The Eastern communities) and are generally distinguishable by the many factors that are attributable to a different cultural heritage and separation by many centuries from the Ashkenazim-in their genetic make-up (often but not always skin complexion), and a whole host of traits such as male-female relationships, social conventions, attitudes towards child upbringing, dress, food preferences, music, use of language (pronunciation, vocabulary, syntax and grammar of both Hebrew and various Judeo-hybrid languages), courtship, marriage and divorce customs, sex attitudes, perception of time, attitudes toward literacy, learning and education, recreation and leisure pursuits, work ethic, attitudes towards public space, respect for authority, the rules by which status and rank are determined, prevailing ideas of liberty and restraint, views of wealth, folklore and superstitions.

Although a gross simplification, it has become acceptable parlance to divide all Jews into two major geo-cultural groups: "Ashkenazim" from the Hebrew term Ashkenaz that came to denote Eastern and Central Europe, and "Sephardim," from the Hebrew term Spharad, denoting Spain and the Diaspora that followed the 1492 expulsion from the Iberian peninsula. Technically speaking, calling all Jews who were and are indigenous to Asia and African as Sephardim is wrong historically and just as misleading as European settlers calling the native peoples of the Western hemisphere "Indians."

Any serious student of Jewish history and tradition knows that the only authentic Sephardim are the descendants of the Jews expelled from Spain and Portugal. They went on to settle in Western Europe including England, Holland, Denmark, North Western Germany, colonial America, the Caribbean and Brazil as well as in lands dominated by Islam, throughout North Africa, the Ottoman Empire, the Balkans and across the Levant. There are thus many Sephardi Jews who have always lived in Europe and many Jewish communities around the world composed of both Sephardim and Ashkenazim, who lived together and intermarried, notably in Italy, Egypt, Syria and Bulgaria, where later Ashkenazi immigrants arrived and were welcome by Sephardi residents. This has also been true in the Caribbean, South America and modern Israel.

Just as America's Afro-American population has gone through several self-designations indicating a search for their authentic identity ranging from Black to Colored to Negro and then Afro-American and for some, back to Black (originally a term of disparagement used by whites), Israel's Jews of Afro-Asian origin have shifted from Sephardi to Mizrachi (Oriental). For religious purposes, "Sephardi" describes the nusach ("litugical tradition") used by most non-Ashkenazi Jews in the Siddur (prayer book).

In reality, there are also many Jews who are neither Ashkenazi nor Sephardi. These include the Jews of Ethiopia, Egypt, India, Iraq, Iran, Yemen, the Caucasus region (Georgia, Azerbaijan, Tajikistan, Uzbekistan, Armenia), all of whom are recognized as being of Afro-Asian origin yet have nothing to do with the original Sephardim. They are the descendants of the Jews who fled into exile following the Assyrian, Babylonian and Roman conquests of ancient Israel. No doubt, they were later joined by numerous converts who were attracted to the high moral and ethical principles that distinguished Judaism in ancient times from pagan and polytheistic religions.

There is indeed a serious social and geo-cultural cleavage in Israel's diverse Jewish population groups, precisely because all the four divisions overlap to a considerable degree. Most of the Jews from Africa and Asia arrived in Israel after 1948 and being relative newcomers had to adjust to difficult conditions. Most of them arrived destitute and unlike many of the Ashkenazim never received any reparations for their confiscated property.

They still tend to have larger families and as a rule are much more religiously observant than the Ashkenazim who established the secular norms and institutions of the Zionist movement and later of the State of Israel. It is only human nature that the new arrivals from Asia and Africa resented the more established veteran European settlers and those new immigrants from Europe who immediately found more personal connections and sympathy with the veteran Ashkenazi settlers through a common knowledge of Yiddish and shared political and social backgrounds.

A list of new army recruits will probably reveal names like de Leon, Toledano, Castro, Franco, Mizrahi, Dayan, Gabbai, Abulafia, Kimhi, Shar'abi, Sassoon, Azulay, Kadouri, Marziano, Ohana, Aflalo and Hasson, as often or more than Schwartz, Goldberg, Wolf, Guttmann, Rabinowitz, Berdichevsky, Kaplan or Finkelstein. So how then can they then be one people? They are, because history, traditions and their faith (whether they are orthodox observant or secular) have instilled in them the idea of sharing a common peoplehood.

Jews, although a small minority in the South, were well respected and even elected as mayors in towns such as Ocala and Tampa in the 1890s long before the post-World War II mass migration to the state! The fact that these mayors were all conservative businessmen does not fit the "image" of the natural tendency of American Jews towards liberal/Left and radical politics. 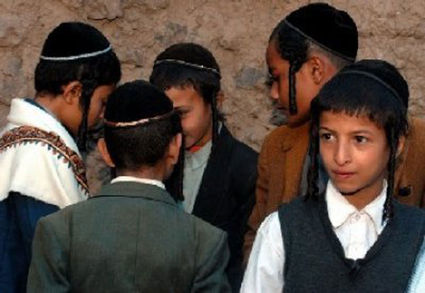 Prior to the mass immigration of Jews from Eastern Europe and Russia following the Civil War, the American Jewish community was predominantly Sephardi (of Spanish-Portuguese origin and who later emigrated to Holland and then the New World), and German-Alsatian. The Jews of Savannah, New Orleans, Charleston and nearby Georgetown were wealthy, conservative, very educated and cultured and predominantly of Sephardi origin. They gravitated toward Reform but were determined to maintain a strong sense of communal identity.