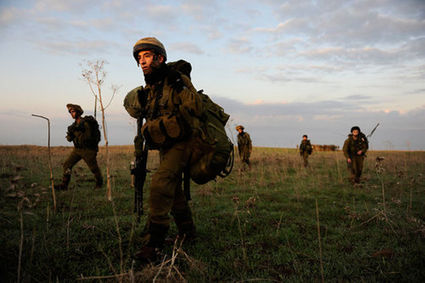 A past IDF exercise in northern Israel.

(JNS.org) The IDF called up thousands of soldiers from its Northern Command conscript divisions Sunday to conduct a surprise military exercise on Israel's northern border with Lebanon.

The drill, which ended Monday afternoon, simulated a large-scale attack on Israel by the Lebanese terror organization Hezbollah. The exercise was conducted to test the IDF Galilee Division's preparedness in the event of such an attack after receiving only brief intelligence information beforehand.

Soldiers from the IDF's elite Golani Brigade, special operations Oz Brigade, Combat Intelligence Collection Corps and other special forces all participated in the drill. Troops were notified of the exercise only a few hours before departing from their regularly assigned posts for Israel's northern border. The drill, specifically intended to test the readiness of conscripted soldiers, did not include the participation of reserve forces.

"The way to prevent war is to ensure your preparedness," Eizenkot said, The Times of Israel reported.