The untold story of the Jewish effort to pass the G.I. Bill 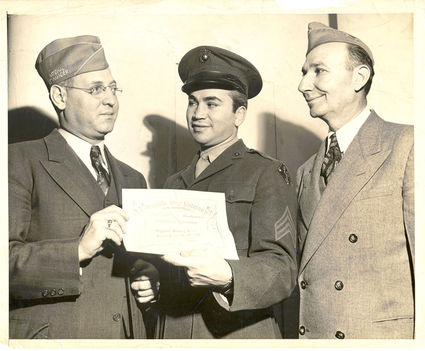 On June 22, the United States celebrated the anniversary of the G.I. Bill, a historic act that was the first major piece of legislation dealing with the postwar era challenges to come. With veterans coming home to already fully staffed factories, the G.I. Bill, officially known as the Service Member Readjustment Act of 1944, helped stop another recession by providing education and housing opportunities to veterans-allowing them to create new jobs and businesses in America's new booming economy. However, the Jewish effort behind the G.I. Bill is little known to the public.

In 1944, there were large groups of World War II veterans already living in the United States-discharged for either disability or family reasons. A column in The Jewish Veteran explained, "Vets are being discharged more than 8,000 a week. More than a million have been honorably discharged since Pearl Harbor." Many of these veterans brought with them unique postwar challenges similar to those war-related disabilities we see in today's veterans.

With over 50,000 Jewish World War II veterans discharged in 1944, the Jewish War Veterans of the United States (JWV) was one of the first veteran's organizations to anticipate the needs of the returning soldiers. Their national headquarters already had staff working on job placement, vocational training and treatment for disabled veterans. It was no surprise when the American Legion announced their "GI Bill of Rights," JWV was one of the first organizations to join on in support of the legislation.

JWV was most effective in its campaigning and behind the scene work with Congressional members. Not only did JWV leadership meet with Congressional leaders, the organization also started a vigorous phone and letter-writing campaign after their National Commander Archie Greenberg called their membership to action-"JWV favors S. 1767, the so-called GI Bill of Rights, for World War II Veterans sponsored by the American Legion and VFW. Contact your local congressman immediately and urge them to support this vital bill for veterans. Send National copies of all congressional letters."

JWV is credited with starting the first letter-writing campaign. "After a while, all the other (veteran) organizations started picking it up," stated Past National JWV Commander Jerry Cohen. The campaign was so successful that the G.I. Bill passed in the next two months. The Director of the American Legion's National Rehabilitation Committee recognized the JWV in an article-stating, "the American Legion is indebted for many contributions in men and ideas-namely, the Jewish War Veterans of the United States!"

However, JWV's greatest contribution to the G.I. Bill was their aggressive campaigning for racial and religious protections to be put into the bill. JWV was particularly vested in promoting racial and religious diversity in the bill because there was a vast concern among American Jewry of a resurgence of anti-Semitism after the war. These concerns mainly stemmed from op-eds published in various newspapers that stated American Jews were responsible for the United States' involvement in World War II. Not only did JWV want to show that American Jews shared in the burden of the fighting, JWV also gave credit to other minorities, particularly to those in the African American community. The G.I. Bill entitlements opened up jobs and educational opportunities that would otherwise not be available to these groups.

All of this would not have been possible without the vision and direction of Greenberg. His leadership and direction helped safeguard protections for veterans in the future. As the debate continues around the G.I. Bill and veteran benefits, it is nice to reminisce about where we started, but we also need look forward to all the work that needs to be done in the future.

This year, JWV National Commander Carl Singer has made strengthening the G.I. Bill one of his priorities. He and fellow members of JWV met with Congressional representatives in February to talk about their views on the G.I. Bill. 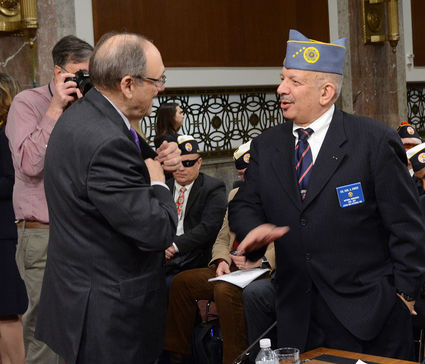 "Some schools have been taking advantage of veterans with the G.I. Bill because someone else is paying the bill. We need to provide them (service members) with guidance on good schools to pick," said Singer.

"JWV exists to our soldiers and veterans. Whether it's visiting a single veteran at a nursing facility or going to Congress to speak on behalf of all veterans, we are there and we will be there. It is vital that we get our message out. Not for recognition, but for support from the many people and organizations that endorse our mission," said Singer.

If you would like to get more involved in the current G.I. Bill debate, please contact your local JWV chapter.