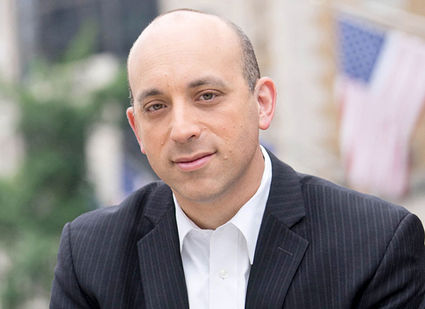 I'm speaking of a New York City Subway rider, GREGORY LOCKE, who is a hero in my book because he shared his post on Facebook as a lesson for all of us.

I read the following in the current World Jewish Congress (WJC) digest and pass it along to you in its entirety:

After a Manhattan subway was defaced with swastikas on several windows and advertisements, a group of riders joined together to erase the racist graffiti.

In a Facebook post, subway rider, Gregory Locke wrote that 'the train was silent as everyone stared at each other, uncomfortable and unsure what to do. One guy got up and said "hand sanitizer gets rid of Sharpie." Locke continued that the man found some tissues and everyone got to work.

"I've never seen so many people simultaneously reach into their bags and pockets looking for tissues and Purel," Locke wrote. "Within about two minutes, all the Nazi symbolism was gone."

(Wow. Just think of all that we can accomplish together!)

More about the WJC:

Founded in 1936, the World Jewish Congress is the representative body of Jewish communities and organizations in more than 100 countries, across six continents. Working as the permanent address on behalf of world Jewry with foreign governments and international agencies, the WJC safeguards Jewish security; combats anti-Semitism, bigotry and extremism; supports Israel and advances Middle East peace; advocates on issues of human rights and promotes and enhances interfaith relations.

And I also heard from the ADL:

This comes directly from JONATHAN A. GREENBLATT, CEO and National Director of the Anti-Defamation League (ADL):

Right now, Jewish families in America (and across the world) are more concerned than they have been in many years. Multiple incidents of harassment, vandalism, and hate speech have shaken us to our core. We are not alone in feeling this way. The growing culture of violence and vitriol is lashing out at all communities of 'otherness.' From recent immigrants to LGBT people and from African Americans to Muslims, minority populations are being targeted just as surely as we are.

The ADL stands with all groups imperiled by this hate epidemic. We will not allow our families, or those of our neighbors, to live in fear. The truth is that a vast majority of Americans still treasure diversity and mutual respect. We will not yield to a few isolated bullies with an Internet connection any more than we will cower in the face of violence.

The Jewish Pavilion was honored to celebrate the 100th birthday of RUTH ABELS at a June Sabbath service at Brookdale Island Lake.

"It's not every day someone turns 100 years old and to share it with that loving delightful person along with her devoted family members was truly memorable," said Program Director Emily Newman.

Ruth was joined by family members from near and far; her best friend, FLORENCE who is 105; and dozens of residents. Ruth was bashful about her friends and neighbors realizing she turned 100 years old but she quickly noticed the sincere fondness, friendship and love she feels.

Special thanks goes to Cantor ALAN ROBUCK who led a festive and engaging musical Shabbat.

Ruth (the mother of FLORY KAHN) received 100 roses from Joff Stride, executive director of Brookdale Island Lake, and was also featured on the jelly jar on the television News.

Celebrating a belated 4th of July...

The Boa Belles of the Red Hatter's Society will hold a belated Fourth of July celebration at their next meeting on Thursday, July 20th, beginning at 12:30 p.m. The luncheon/meeting will take place at Victorio's Oyster Bar and Grill. There will be prizes for the best decorated Red, White and Blue hat in honor of America's Independence Day.

The fabulous and fun event is being hosted by VINNIE COON, BEA MICHALSKI and JACKIE SHERIDAN.

On Thursday, July 13th, beginning at 7 p.m., The Professors of Jazz will perform a concert and also a jam session at the Dr. Phillips Center for Performing Arts.

(This is too good to miss!)

Laughs at the JCC...

Did you know that The Roth Family Jewish Community Center of Greater Orlando, has a Laughter Club? The class is free to JCC members and it is not only fun to attend, it is healthy and stress reducing.

It takes place on Mondays in the JCC Group Exercise Studio at 12:15 p.m.

(Hope to see you there.)

Maurice was 70 years old and made an appointment to see his doctor. His doctor asked him a few questions.

"Mr Levy, what about urination? Do you have any problems?" 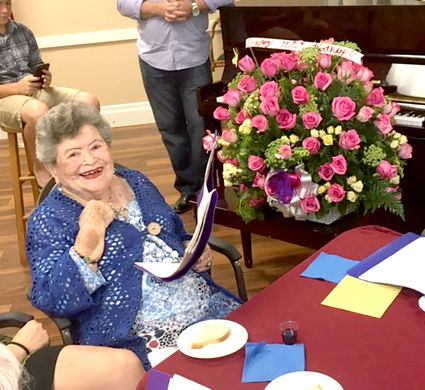 Maurice replied, "No doctor, it's very regular, every morning at precisely 7 a.m."

"And what about your bowel movements?"

The doctor asked, "So then why did you come to see me, Mr. Levy?"