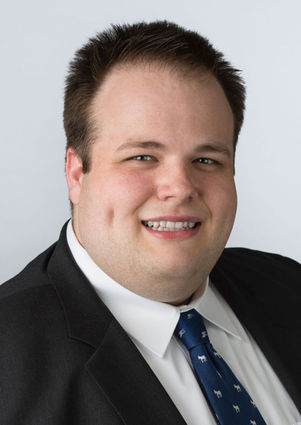 The Jewish Federation of Greater Orlando has hired Ben Friedman as its new director of Community Relations and Leadership Development. He replaces Marli Porth, who has moved out of state with her family.

In his new role, Friedman coordinates the Federation's Jewish Community Relations Council and the Jerome J. Bornstein Leadership Development Program, among other duties. He brings legal experience and passion for advocacy to JFGO, having worked most recently as an associate at The Raben Group, a national public affairs and political strategy firm.

He honed his research and writing skills in the federal government, on Capitol Hill and in policy organizations. At The Raben Group, Friedman focused on political strategy, coalition building and legislative analysis. He has worked with the American Immigration Lawyers Association on the organization's strategic plan, and with FairVote to reform the U.S. electoral process through bipartisan political party engagement and legislative initiatives.

Friedman holds a Juris Doctor from American University Washington College of Law. While earning his J.D., he authored an independent research project on gerrymandering in congressional districts, participated in the WCL Program on Law and Government, and sat on the board of American University's Chapter of the American Constitution Society.

Friedman is a proud native of Florida and was raised in St. Augustine. He earned his bachelor's degree in Political Science from Florida State University.

Prior to joining The Raben Group, Friedman worked as a law clerk in the office of Commissioner Mignon Clyburn at the Federal Communications Commission. He worked on congressional oversight in the House of Representatives Committee on Oversight and Government Reform, and the Senate Committee on Health, Education, Labor and Pensions Office of Oversight and Investigations. He has also served as a legal intern with the National Legal Aid and Defender Association, and as legislative intern with Sen. Bill Nelson of Florida.

Friedman said he is looking forward to playing a key role in JFGO's mission to build and nurture a unified Jewish community.

"After spending several years in Washington, I'm thrilled to be returning to my roots in the Florida Jewish community," he said. "The important work done by the Federation extends well beyond our region, and I'm honored to join the dedicated professionals who carry out its mission every day."

"My family taught me the importance of a vibrant and active Jewish community, and I'm proud to be playing a role in ensuring the same opportunities that benefited me exist for generations of Jews to come."