Tasman and Halikman prove their skill in water polo 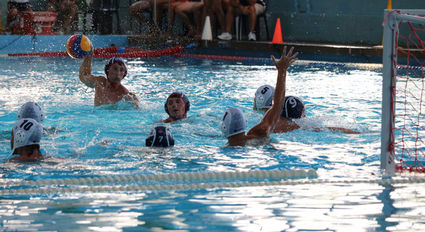 Tasman volleying the ball during the match against Israel at the 20th Maccabiah Games.

Ian Tasman traveled to Israel with his brother, Ory Tasman, to watch the 20th Maccabiah Games. The following article is exclusive for the Heritage.The Games were over July 18. Ory Tasman played for the USA water polo team.

As of this writing, the 20th Maccabiah Games were well underway throughout Israel, with competitions taking place from Tel Aviv to Jerusalem to Tiberias. This year's games were host to more than a record of 10,000 athletes from 80 countries, with a first ever appearance from China. The United States is the second largest delegation to Israel, bringing over 2,000 athletes to the games.

Central Florida was represented by two former water polo standouts, Ory Tasman and Zev Halikman of Winter Park and Lake Howell respectively. Both had great starts to their tournament and hoped to bring home a medal for the United States.

Tasman has this to say about playing in his first Maccabiah Games, "It has truly been an honor to have been chosen to play alongside so many great teammates and represent the United States Jewish community in an international competition. I couldn't be more grateful for this opportunity."

When asked about what it means to play in the games and represent the USA, Halikman shared, "Playing in the Maccabiah games is a monumental life accomplishment. Representing my country and people through sport is a great honor, which I will cherish eternally."

Both Tasman and Halikman made the most out of their time in Israel, traveling throughout the country with Maccabiah USA, including stops in Jerusalem and Masada. The USA Men's Water Polo Team was busy supporting other USA teams as well, with competitions like Handball, Rugby, and Swimming taking place alongside the Water Polo competitions at the Wingate Institute outside of Netanya. 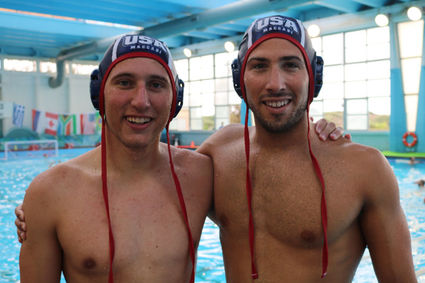 The closing ceremony wrapped up the competition Monday night, July 17.