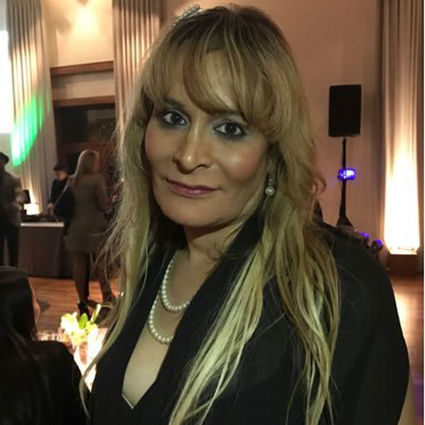 An award-winning journalist who broke the story of the group of Jewish women ejected from an LGBTQ march in Chicago last month has been reassigned to non-journalistic duties at the paper which ran the original report, the Windy City Times.

Gretchen Rachel Hammond-whose June 24 story caused a national storm after she detailed how three women flying Jewish Pride flags embossed with the Star of David were instructed to leave the gathering by organizers from the Dyke March Collective-confirmed to The Algemeiner on Monday that while she was still employed by the paper, she was not presently engaged in its reporting and writing operations.

"At this time, I have not been fired from Windy City Times, but I have been transferred to working full time for the sales department," Hammond explained in an emailed statement. "The reasoning is an internal matter and I have been instructed not to comment about it even to close friends. Given my present situation, I must comply with this instruction."

The Windy City Times-whose masthead featured Hammond as a senior writer until a week ago-now describes her as  "senior account executive."

The Algemeiner approached Hammond after a reader pointed out that her role at the Windy City Times had been abruptly switched. The reader said in an email that Hammond's reporting had been blamed by the march organizers for the ensuing controversy, and went on to express "disgust" and "outrage" that Hammond had "been bullied and attacked" by individuals associated with the march, sometimes in an "antisemitic" manner.

Tracy Baim-the publisher and executive editor of the Windy City Times-told The Algemeiner she could not discuss the specific charges around Hammond.

"I cannot comment on our people, but know that we stand by our reporting on our stories," Baim said by telephone from Chicago.

Pressed on whether she stood by Hammond's reporting of the Dyke March controversy specifically, Baim answered affirmatively. "I was the one who edited the story," she added. Asked why Hammond had not filed a byline for the paper since June 28, Baim had no comment.

Hammond joined the Windy City Times as a reporter in 2013 and won the 2016 National Lesbian and Gay Journalists Association Award for Excellence in News Writing. This year, Hammond was a finalist for the second time for the Lisagor Award, which honors journalists in Chicago.

Hammond came to national attention in 2016 when she saved the life of one of her readers by donating a kidney. "This current and particularly ugly electoral cycle has been fueled by the politics of conceit," Hammond later reflected in a column for the paper. "So it is easy to forget that, even if you don't have the resources of a wealthy philanthropist, it is more important than ever to help someone in need and, in so doing, change their world and, as a consequence of that action, the world as a whole for the better."

In her initial report on the march, Hammond quoted a member of the Dyke March Collective explaining that the Jewish women had been removed because their flags "made people feel unsafe" and that the event was "anti-Zionist" and "pro-Palestinian." On June 28-in her last article for the paper-Hammond conducted an extensive interview with Dyke March Collective activist Alexis Martinez, who was given ample space to present her argument that the march was "anti-Zionist," and not "antisemitic."

During the interview, Martinez accused the Windy City Times of having "failed in its journalistic mission" for allegedly not contacting her before the paper revealed the removal of the Jewish women marchers.

Asked by Hammond whether the march organizers would apologize, Martinez said: "We did nothing wrong. Those people who are asking us to apologize need to come up with facts. They need to have been there, on the ground and involved in the situation to have some validity."

This article was originally published in The Algemeiner on July 10.