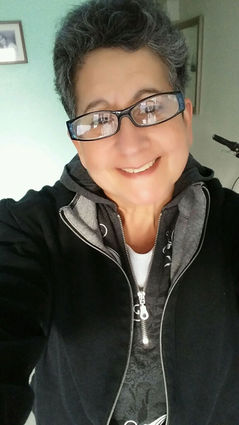 I recently heard from the Jewish Telegraphic Agency about the surge in anti-Semitism.

The subject was addressed in an article written by DANIEL ELBAUM and MARC D. STERN. I pass it along (in part) to you:

Clearly, we must never reconcile ourselves to an America where this is considered normal. Yet we must not succumb to the opposite tendency to see these recent incidents through a 2,000-year-old lens and draw comparisons to darker days, when Jews felt powerless and alone in the fight against anti-Semitism.

There is no nation (other than Israel, of course) that has been more hospitable and welcoming to Jews than the United States. Indeed, there has been no generation of Jews in our people's history more ingrained into the fabric of the nation in which it lived.

A recent Pew Research Center report found that Jews are (among) the most admired religious groups in the country, and it will take far more than the incidents of the last few months to alter that fact."

(There are things that can be done. Perhaps the White House should convene a conference on violent extremism and hate crimes. I got that idea from the JTA letter as well.)

About a month or two ago, I received a pamphlet in the mail titled "Another Time, Another Place: A neighborhood remembered." It was written by GERALD CHATANOW and BERNARD SCHWARTZ. ( I personally knew an actor named Bernard Schwartz who went by the professional name Tony Curtis, but this was not the same man!) The pamphlet said:

"The Brownsville/East New York neighborhood of the 1930s, 1940s and 1950s is now but an almost faded memory, a 'time warp' as it were. Today it is a neighborhood that has been eviscerated and exists only as a geographic locale. Through the collective memories of the famous and the not so famous, the writers have elicited and chronicled a treasure trove of anecdotes and remembrances that bring back to life a once vibrant and exhilarating neighborhood. It is available at Xlibris. Phone 1-888-795-4274."

After moving down to Central Florida about 53 years ago (I was in diapers and if you believe that I have a bridge to sell you) I remember making friends with some very special people who I still bump into here and there. One of the most special is LINDA MOGUL, a wonderful gal I have always loved even though we don't see much of each other, except, as I said, I bump into here and there.

I first met Linda when she was a toddler. The daughter of my friends, RUTH and MAX MOGUL, I recall sitting in their home and along came this adorable little girl trying to walk in her daddy's shoes!

She was (and still is) the sweetest, most loving girl in the world as far as I'm concerned.

I had the pleasure of bumping into her again just a few days ago at the Bagel King restaurant on Semoran Blvd.

(I always get a feeling of joy when I see Linda!)

Speaking of Bagel King, they have a waitress there who is just the best! Her name is COLLEEN BELEIN. She is a pretty gal with a great sense of humor and terrific skills at her job! I was depressed when I sat down but laughing and in great spirits when I got up!

On Sunday, July 30th at 2 p.m. in the Senior Lounge, a very funny movie will be featured. "The Boss" starring MELISSA McCARTHY is on the bill. (Feel like laughing? I guarantee you will!) 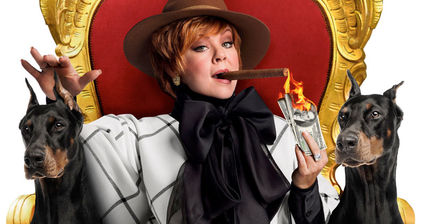 The next meeting of the JCC 39er's will be very special, indeed! It takes place on Monday, July 31st, in the Senior Lounge at 12:30 p.m. Both lunch and entertainment will be provided by Savannah Court.

(I repeat... this is very special indeed!)

One morning, as Moshe gets off the bus to go to work, he can't help but notice that the woman who got off the bus in front of him has her right breast hanging outside her blouse. He is always one to help people and so is not embarrassed to go over to her and say, "Excuse me madam, but did you know that your right breast is showing?"

The lady takes one look down at her breast, then shrieks on top of her voice, "Oy vay, I've left my baby on the bus."