From the Juniors to the Grands, tennis players medaled at the Maccabiah Games 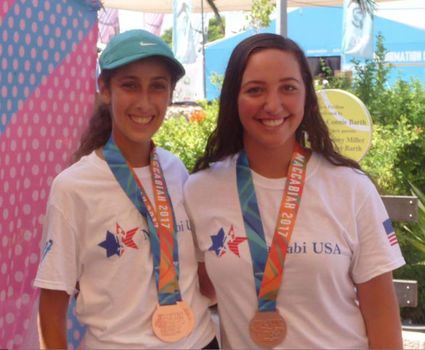 The 20th Maccabiah Games have ended, and the Central Florida Jewish community is proud to have two very talented tennis players among the USA Team who medaled. 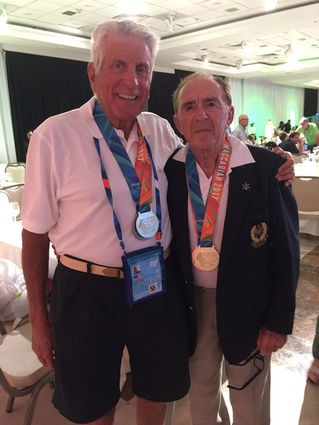 Aviva Diamond, daughter of Laura Felson of Orlando and Dr. David and Orly Diamond of Winter Park, was the Mixed Doubles and Girls Doubles winner for the U.S. Juniors Tennis team and brought home a Bronze Medal overall in Girls Doubles with her partner Yana Gurevich of California, losing to No. 1 seed Israel.

Diamond will be a sophmore this fall at Winter Park High School where she is in the IB program. She is a member of Congregation Ahavas Yisrael and Congregation Ohev Shalom.

Also competing in the Maccabiah Tennis games was Lazar Lowinger. Playing in the Grand Masters (for ages 65 and up), the 82-year-old won two medals: a Gold in Doubles with his Doubles partner Dr. John Kamiren of Greenwich, Conn., and a Bronze in singles tennnis. This brings his total winnings over the past 30 years to 11 medals-two of which are Gold.

Lowinger lives in Kissimmee. Although he is a retired attorney, he will never retire from tennis, stating that he'd be playing at the Games until they put him in a casket.