By JNS org and United with Israel Staff 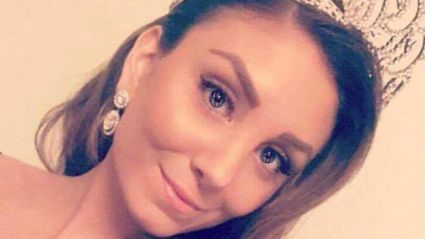 The winner of a Lebanese beauty pageant has been stripped of her title after it was revealed she had visited Israel.

Dual Swedish-Lebanese citizen Amanda Hanna, who won the Miss Lebanon Emigrant 2017 competition earlier this month, was told she would be stripped of her title after visiting Israel, using her Swedish passport on an academic trip in 2016.

"After communicating our decision with Lebanon's Minister of Tourism, he decided that Hanna should be stripped of her title because her visit to Israel violates our country's laws," according to a statement by The Festival of Lebanese Emigrants in Dhour Al Choueir provided to Lebanese newspaper Al Modon.

Israel and Lebanon technically remain in a "state of war," and it is illegal for Lebanese citizens to travel to the Jewish state.

This is not the first controversy over a Lebanese beauty queen and Israel. In 2015, Miss Lebanon, Saly Greige, nearly lost her title after she posted a photo on social media appearing with Miss Israel, Doron Matalon.

Lebanon also recently banned the blockbuster "Wonder Woman" movie due to the casting of Gal Gadot, an Israeli actress, in the movie's lead role.