What to do when hate speech is in your face 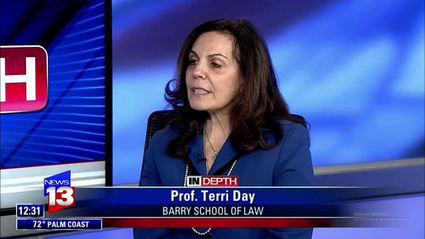 Tuesday evening, Aug. 22, the Holocaust Memorial Resource and Education Center hosted a panel discussion on free speech vs. hate speech. The timely dialogue was arranged as a result of the Charlottesville protest/counterprotest.

Michael Friedman, president of HMREC, welcomed the more than 500 people in attendance, and stated that we should all treat people with respect even if we disagree. "The way we respond to Charlottesville defines us as a country," he stated.

Moderator Scott Maxwell, Orlando Sentinel columnist, opened with a few comments explaining the goal of this meeting-encouraging the audience to keep an open mind, try not to form "labels" for people, and be informed. Above all, he shared, "stay in the room" when confronted with something we do not agree with.

Not that anyone was going to get up and leave, but his point was that we can all be better listeners and not rush to conclusions with preconceived ideas.

Terri Day, a professor at Barry University's School of Law in Orlando, stated that often, "we don't listen." The situation becomes "us versus them" and a shouting match ensues, accomplishing nothing.

Rachel Allen, coordinator of the Peace & Justice Institute at Valencia College, stated that we should listen deeply. "Listen intently to what is said; listen to the feelings beneath the words. Strive to achieve a balance between listening and reflecting, speaking and acting."

Mitch Bloomer, HMREC resource teacher, agreed and stated that impulsive responses are not affective. One of the ways neo-Nazis work is to appeal to emotions, provoking anger in those who oppose their views. Once they incite violence, they can "play the victim."

Panelist Angela King, a former skinhead and now deputy director and co-founder of the nonprofit Life After Hate, shared that violent extremists try to provoke a response. If they can do that, they have some amount of control. "Take power back!" she stated. "These groups have become emboldened. We must build resilience and take the power back from them."

What is hate speech? Day explained that hate speech is offensive speech, and it is protected by the First Amendment. Why? She answered that the government can't discriminate. "Do we want the government telling us what's good or bad?" she asked. "Freedom of speech is the freedom from government infringement on what we can say."

When the topic of white supremacist Richard Spencer was brought up, two panelists-respectfully-disagreed with each other. Spencer had requested to speak at the University of Florida. UF president, Dr. Kent Fuchs, denied his request because students said they'd protest. Police Chief John Mina said Dr. Kent was right to refuse him a soapbox because we should promote safety first. He believes that if there is any likelihood of violence, the speech should be stopped before it happens.

Day firmly stated that he should have been allowed to speak according to the First Amendment. The government can't and won't restrict speech.

Former Democratic state Senator Geraldine Thompson chimed in that just because a speaker comes doesn't mean students have to come to his/her lecture. She expressed that recently happened at a Bethune-Cookman University graduation ceremony. Many of the students did not agree with the speaker and turned their backs.

There are many ways to peacefully confront hate speakers. "You can't let their view go unchallenged," said Bloomer, who then suggested talking one-on-one with the person. Take the heat and politics out of the situation. And rather than "thunderously calling someone down," tell a personal story that explains your own point of view.

"Get to know each other," said Thompson, "and get out of your comfort zone." 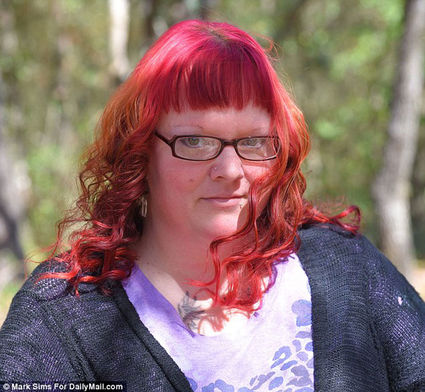 Even when talking with a loved one who says something offensive, King said to call them out on it. "It's not easy to say to a loved one 'that is not acceptable.' [But] I know the cost of words to dehumanize others."

Speaking up is a risk worth taking. Bloomer encouraged doing so because hearts and minds can be won over.

The takeaway is: keep your cool, don't allow anyone to control your emotions; get educated so that you can calmly address dehumanizing words or ideas; and realize that free speech is Americans' greatest asset, the government can't infringe on this right.

To learn more about how to address hate speech, visit these websites: Life after Hate, http://www.lifeafterhate.org and the Peace and Justice Institute, valenciacollege.edu/pji.