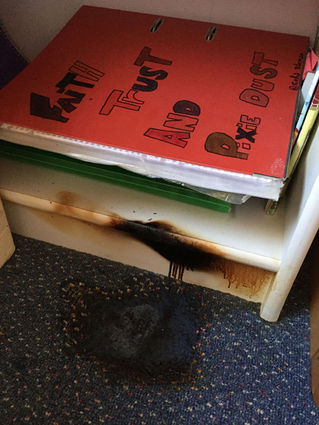 The story I am about to tell is real, happened to me, and I am glad to share both as a way to praise God for His mercy and grace, and to share a uniquely Israeli and Jewish perspective on a story that may not be so unique in general.

It is in every way a Shabbat miracle for which I will forever be profoundly grateful.

Shabbat, complete day of rest. The Torah lists 39 forms of work that were used to build the Tabernacle. Observance of Shabbat means a full avoidance of all these, and the modern derivations of these categories as time and technology unfold. It's not just that we refrain from "going to work," a concept that didn't exist in biblical times, but from all forms of work and creation. God rested after six days of creation, so we rest as well. It's not just a list of things we cannot do, but receiving the gift of the day of rest and not having to do them.

I don't know that I could live without Shabbat. It's a day of literal rest, fellowship with family and friends, Torah study, and prayer. Modern understanding of these means no phones, no starting or extinguishing a flame, no writing, no driving, no cooking, etc. But all the prohibitions of Shabbat get thrown out the window in the instance of saving a life for which supersedes all Torah commandments.

When the sun sets Friday, my home and indeed our whole town becomes quiet and serene. The loudest noise all Shabbat typically is the Moslem call to prayer which we hear from across the valley in Bethlehem, or kids racing down the hill on scooters in the middle of the street devoid of cars, sometimes so loud it's like there's an oncoming train. Otherwise, it is peaceful and serene, and incredibly restful.

We have a lovely family dinner together, kids go off their own way and one by one people start slipping off to sleep. Whether the sun sets at 5 p.m. or 9 p.m., I'm typically asleep early. I am tired from the previous week and it's the only day I don't have work I must get to. This week my youngest kids (16 and 12) were bickering a bit and by the time dinner was over they were setting up for a sleepover in the 16-year-old's room. Maybe that wasn't a miracle, but it was nice to see all the same.

This past Friday night, the first miracle was that I didn't fall asleep early as I had hoped, and as I usually do. I sat reading, quietly, with one kid out (16), and two others (22 and 12) asleep early. The three other kids weren't home, so including my wife, who fell asleep on the couch next to me, there were just five of us.

At some point when I was sufficiently tired, I decided to go to bed. My wife woke up and noticed the faint odor of what smelled like burnt marshmallows. She went right to bed but I was awakened by the odd notion that somebody was roasting marshmallows, much less cooking anything, in our neighborhood and so something was off. I went outside to see if there was a fire or smoke from anywhere. I checked all the floors and electric boxes in our house, just in case. The smell was pronounced in a few particular spots and I was sure it was coming in from an open window. But I couldn't figure it out.

I sat to read some more and then went to check everything again; up and down the stairs, the basement, backyard, everywhere. I noticed that the top floor of my house had almost no burnt marshmallow smell, nor did my bedroom, leading me once more to be sure that with nothing noticed inside the electrical boxes, it was coming from outside.

It seemed like the smell was stronger in my daughter's room (16) so turned on the light thinking maybe the ceiling fan was burning. My son (12) slept soundly. No smoke from the ceiling fan. But to play it safe, I scooped him up and put him in my bed were my wife was, and shut the door so as not to disturb them. Miracle #2.

I kept looking throughout the house; in the electrical boxes and anywhere I could think of. My frustration grew at not being able to figure it out, so, albeit with no visual signs of smoke or fire, I called the fire department. In addition to using the phone, I had to turn on a light to see that I was dialing the right number. I told them I smelled smoke but couldn't figure out where it was coming from. I was told to wait by the phone and be near the door. I kept up my hunt for the source of the burning marshmallows.

Then, on the next trip upstairs, I saw there was a lot of smoke on the second floor. My son's room (18) was empty and had no smoke but by then my daughter's (16) room across the hall was full of smoke. Miracle #3. I must have turned the light off so I turned it back on to find the strangest thing. Smoke was billowing up from the floor in the corner of her room as if being blown in artificially like at a concert. This made no sense as, except for sheetrock walls, most of our house is steel reinforced concrete. How could there be smoke much less a fire coming from the concrete floor?

Then I saw it, less than a yard from where my son's (12) head was 20 minutes earlier, smoke billowing from a blue towel on the floor. I picked up the towel and saw it was covering a desk lamp. The towel was smoldering, so I took it and threw it in the bathtub. I unplugged the charred but still working lamp. My exposing the towel to the air must have brought on flames, so I turned on the shower extinguishing the flames. Thank God. There was still smoke from the carpet and bookcase that the lamp had been lying on, but these went out on their own.

A knock on the door was followed by the doorbell. Emergency services arrived in waves. Firemen in full uniform, medics included neighbors I knew. For them too, each left his home and the sanctity of Shabbat to participate in saving a life. All were professional. All wanted to see the source, check the house for smoke, be sure there was no other reason to think anything was burning, and wake up my sleeping family (hard to believe they were sleeping through this all) to be sure everyone was OK.

After the smoke cleared, literally, I learned that 16 was making up a bed for 12 and bumped into the lamp, which fell and went on. She thoughtfully covered it with a towel so he could sleep. Had I fallen asleep early like I usually do, he could have suffered from smoke inhalation, or worse. That's the big miracle in a series of miracles, and while I was aware in each case of my doing things that violated the prohibition of different forms of work and creation on Shabbat, I also didn't hesitate because my family's lives were at stake.

Less miraculously, but no less appreciated, I had tried to convince my daughter (22) to sleep on the main floor so I wouldn't have to run the air conditioner on her floor just for her. That she stayed in her own room and I left the AC on was at least appreciated by 12 and 16 who ended up sleeping upstairs.

Albeit a little less rested and a little more smoky, Saturday morning I went to synagogue as usual, mindful of how grateful I was to be able to walk there peacefully because something horrible really could have happened. There's a special blessing we say after recovery from an illness or deliverance from a natural disaster or other personal tragedy. It's typically recited in a synagogue, acknowledging God's deliverance before the whole congregation: Blessed are You, Lord our God, King of the universe, Who bestows kindness upon the culpable, for He has bestowed goodness to me.

Friends have heard of the incident and reached out to be sure we're all OK. Now, all my kids know that you never cover a lamp or other source of heat with something that can burn. I didn't realize I needed to teach them that. It wasn't in the parenting handbook I read. Other than us all emerging from this safely, if something else positive can come from this miracle, be sure your kids know this. If they don't, teach them now and prevent this kind of potential tragedy from happening to you.

But mostly, I am and always will be grateful for the miracles of my not falling asleep, my wife's keen sense of smell, my pacing the house looking for the source, calling the fire department, and having moved my son literally from harm's way. When we celebrate his bar mitzvah next year, it will be with an extra measure of joy and gratitude that He made this all possible.

After Shabbat, while taking photos for insurance, I noticed one more little wink from the Creator of the universe. On the lower part of the charred bookshelf sat a folder of my daughters titled, "Faith Trust and Pixie Dust." It was not burned. I have no idea what is in it or what my daughter used that for (in English no less), but it remains as testimony to our faith and trust, and our gratitude for His grace.