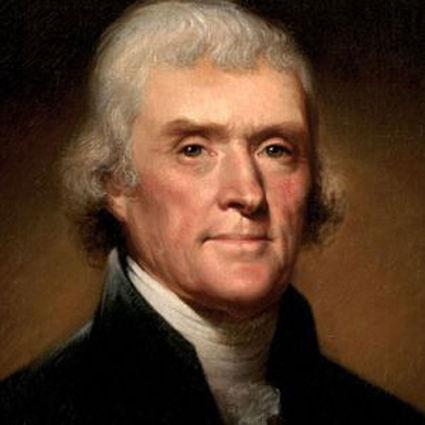 Something to think about...

I read this on Facebook. It was posted by our own ALAN ROCK:

This was a line from the mouth of Thomas Jefferson:

"When the speech condemns a free press, you are hearing the words of a tyrant."

From Ben-Gurion University of the Negev...

"Sometimes it's easy to forget what a miracle today's Israel is. Everywhere you look, you see a modern, vibrant, thriving nation with more promise than imagination could have conceived a few decades ago. And Israel's future? From where it stands at Ben-Gurion University (BGU), it looks even more miraculous.

Today we are witnessing unprecedented advances in science and technology taking place at an almost unimaginable pace.

BGU researcher Dr. ROI GAZIT is working to unlock the secrets of stem cells that reside in the bone marrow, developing potential therapies for blood diseases currently deemed untreatable, and new treatments for blood cancer. As a world-renowned expert in this very specialized field who had his choice of places to conduct his research, Dr. Gazit chose BGU. (How did this happen, you may ask?)

A team of BGU scientists were aware of his groundbreaking work while he was on staff at the Harvard Medical School. They considered his expertise so valuable that he was specifically 'targeted' for recruitment. So while he was in Israel visiting family, the BGU team invited Dr. Gazit for a tour of the campus and facilities. And the rest, as they say, is history.

(Not only is Israel leading in Cancer research, there is hope for ALS treatment, Autism research, heart failure prevention and Alzheimer's, to name a few.)

And speaking of our beloved Israel...

I received this letter from DAVID HARRIS, CEO of the American Jewish Committee:

"Today, nearly 70 years after Israel declared independence, her right to exist is still under assault at the United Nations, by the boycott Israel movement, on college campuses, and among many in the diplomatic community.

Each year, the UN General Assembly hits Israel with 20 or more hostile resolutions. Supporters of the BDS (boycott, divestment, sanctions) campaign continue their insidious efforts to isolate, demonize, and delegitimize the Jewish state. And Israel's harshest critics use every means available to poison mainstream public opinion against her. This unjust treatment has to stop!"

(To find out more and how to support Israel, go online to

Coming to our mailboxes soon will be a new quarterly lifestyle magazine for and about Orlando's vibrant Jewish community.

And speaking of magazines...

I will have the honor of being on the cover of the magazine for seniors, titled 50+PLUS FYI, Central Florida Lifestyle & Resource Guide.

LINDA CAVANAUGH is executive director. She arranged doing the feature on me at the suggestion of JOHN and THERESA SEGERS. (John was head of a prominent radio station and he and his wife work often with Linda.)

My interviewer was a brilliant and lovely young lady, ADELINE DAVIS. She is an English major in her junior year at the University of Tampa and can be reached at 407-416-8417.

My photographer, was also brilliant, JIM PETERS, whose website is http://www.jameshpeters.com

For any questions about the magazine you can go online to http://www.50plusFYI.org

(I am truly honored to be in the magazine!

On Wednesday, Sept. 13th from 12:30-1:30 pm, the Roth Family Jewish Community Center in Maitland will present, "Lunch and Learn: Pillars of the Past."

Enjoy lunch while participating in an in-depth look at our earliest leaders from the patriarchs and matriarchs. We will discuss their experiences and breakthroughs, and their contributions to the tapestry of Jewish wisdom. Each of these Torah-based classes will stand alone. Led by Rabbi Michoel Rennert of Orlando Torah Academy. RSVPs requested to register@orlandojcc.org.

Let's give a "shout-out" to waitress DEBBIE VARNO at Anthony's Italian Restaurant in Casselberry Commons on Semoran Blvd. She is very proficient and pleasant. A joy to be served by!

Howard and his wife Becky are soon going on vacation and are doing some shopping for clothes. As they pass the ladies swimwear department, Becky says to Howard, "Darling, what do you think I should do? It's been at least 10 years since I last bought any swimwear. I know I've put on some weight since then but I do need to buy something new for our holiday. So do you think I should go for a bikini or an all-in-one?"

"I think you should get a bikini," replies Howard, "because I don't think you would get it all in one." 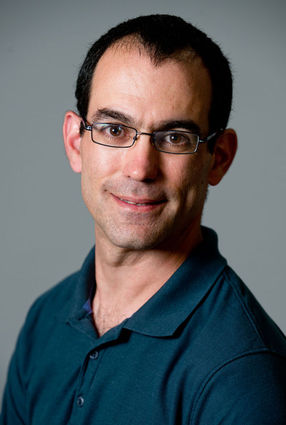 NOTE: Howard is hoping his black eye will heal before they go on vacation!