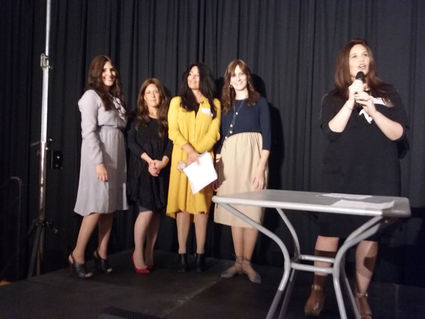 Sept. 14 was an evening of laughter, music, dance, prayer and unity among women at The Roth Family JCC and the Rosen JCC as each dug their hands into bread dough, braiding magnificent round Challah at Chabad's fourth annual Mega Challah Bake. It was also the largest women's event yet in the community, hosting more than 360 women at The Roth Family JCC and more than 200 at the Rosen JCC, for a combined total of more than 560 participants.

Ages ranged from 9 years old to 106 (that's Myrtle Skop Rutberg, who celebrated her Hebrew birthday that evening with everyone.) Tables were filled with teenagers, grandmothers with granddaughters, mothers and daughters, sisters and friends.

When Leah Dubov talked about blessing the Challah, she said it is a double blessing if someone is there celebrating her Hebrew birthday. She then introduced Rutberg, who was more than happy to proclaim that her full name is Myrtle SKOP Rutberg. She then proudly stated that she has lived in Orlando since 1939, and her oldest brother, Morris Skop, was Congregation Ohev Shalom's first seminary rabbi in 1937. She received a hearty round of applause. Toward the end of the evening, a birthday cake was presented to Rutberg, and Kenny Lee, who catered the event, sang a fun rendition of "Happy Birthday," which Rutberg stood up to receive.

Ladies in attendance at The Roth Family JCC's Challah Bake also enjoyed the talented Kineret Sarah Cohen who sang a soulful version of "Shir Lama'alot," a psalm from King David. The comforting words say "...He that keepeth Israel, neither slumbers nor sleeps; ...The Lord is your keeper, the shade upon your right hand; ...the Lord shall keep you from all evil; He shall keep your soul and guard your going out and coming in..."

Cohen, who lives in Brooklyn, is an Israeli-American Orthodox Jewish singer, songwriter, producer, rebbetzin, and lecturer. She has released nine musical albums since 1998 and has been noted as an established performer of Jewish music for women only.

Chabad's annual Challah Bake is held every year just before Rosh Hashanah. It is an evening not to be missed by any woman. 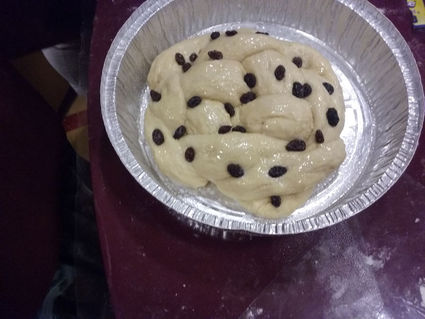 This Challah, made by Elizabeth St. Hilaire, is ready to go in the oven.