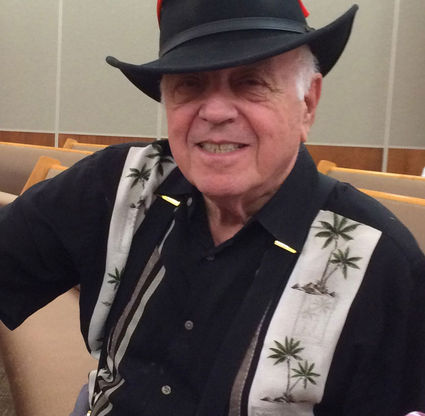 Before I even start this column, I must mention the Monday, Sept. 25th, showing of the tape, Broadway from 1893 to 1927, a JCC 39ers program presented by SHELDON BROOK.

Although I am living in Central Florida for more than 53 years, New York City will always be "home" to me, but, of course the last time I was there was with my dear departed spouse, Irv. Just seeing Times Square created much emotion. That was followed by the stories of legends Irving Berlin, Fanny Brice, Jerome Kern, etc. (All Jewish, by the way.) Great entertainers, great songwriters, great shows...WOW!

(I plan to return to NYC to perform soon, and then to Brazil. Life goes on.)

I'm not getting political...

Rather, I'm getting factual; about climate change (but then, what do the scientists know?)

Inspite of our leaders beliefs, many lines of evidence demonstrate that human activities, especially emissions of greenhouse gases, are primarily responsible for the observed climate changes over the past 15 decades. There are no alternative explanations.

(The source for this information is unknown but it was leaked from a United States government report.)

The following is a letter I received (in part) from Tel Aviv University:

For decades, scientists have warned us that climate change, driven by greenhouse gas emissions, would have devastating consequences for our planet. These changes are no longer warnings for the future.

Just recently, findings from a U.S. government report on climate change were leaked to the news (see above). The findings show that the world's climate is changing far faster than we previously feared. The implications of the report are clear: We must act faster to slow the pace of climate change. We must reduce carbon emissions. We must find alternative fuel sources.

Tel Aviv University's (TAU) Dr. IFTACH YAKOBY is leading one of the world's most exciting efforts to cut carbon emissions. The director of TAU's renewable energy laboratory, Yakoby and his team have modified single-celled algae to increase its fuel-generating capacity by 400 percent. Yakoby's breakthrough is revolutionary for two reasons: first, because the hydrogen-producing algae can be used to power cars and trucks without any carbon emissions; and second, this green technology could soon be a major driver of economic growth in Israel! Israel has been a global leader in using solar energy to power buildings in cities. Now, Dr. AVI SEIFERT is helping harness another alternative to fossil fuels: the wind. Also, climate change doesn't just impact people. It also poses a grave threat to our planet's plant and animal life. TAU's Dr. MARCELO STERNBERG is leading a groundbreaking project that predicts how climate changes will impact ecosystems.

Yakoby, Seifert, and Sternberg are just a few of the dozens of researchers at Tel Aviv University who are revolutionizing humankind's understanding of climate change."

(I am so proud that Israel is leading the way!)

A fabulous event, not to be missed, is MUSIC FEST 2017. It takes place on Sunday, Oct. 15th at 1:30 p.m. at Lake Brantley High School in Altamonte Springs.

Not only will there be an all-star musical lineup, but there will also be a vendor extravaganza plus refreshments and prizes.

(You don't want to miss this!)

And on the subject of entertainment...

On Tuesday, Oct. 17th, at 8 p.m. it will be the opening night of a wonderful Broadway musical, "ON YOUR FEET!" at the Dr. Phillips Center for the Performing Arts, 445 South Magnolia Avenue, Orlando.

"ON YOUR FEET!" is the inspiring true story about heart, heritage and two people who believed in their talent-and each other-to become an international sensation: GLORIA and EMILIO ESTEFAN. From their humble beginnings in Cuba, Emilio and Gloria Estefan came to America and broke through all barriers to become a crossover sensation at the very top of the pop music world. But just when they thought they had it all, they almost lost everything. From international superstardom to life-threatening tragedy, "ON YOUR FEET!" takes you behind the music and inside the real story of this record-making and groundbreaking couple who, in the face of adversity, found a way to end up on their feet.

The program, held in The Roth Jewish Community Center on Maitland Avenue, will be "Visting Angels" presented by Judy Hampton. 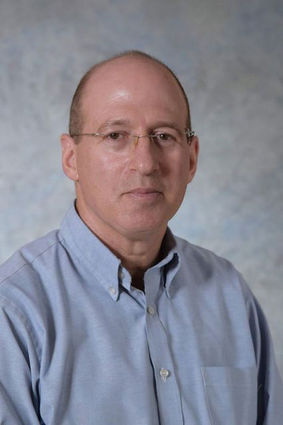 Co-President LILLIAN BERKOWITZ invites all to come and enjoy the presentation and the refreshments afterwards. The program begins at 1 p.m. on Monday, Oct. 16th.

On their "Terrific Thursdays" program, beginning at 1:30 p.m. on Oct. 19th, the program will be directed by ANITA WEINTRAUB. It is a game of dice called "I NEED IT!"

Sadie stopped by an usher at the entrance to the synagogue.

The usher asked, "Are you a friend of the bride?"

Sadie quickly relied, "No, of course not. I am the groom's mother."