The true story behind the movie 'Defiance' 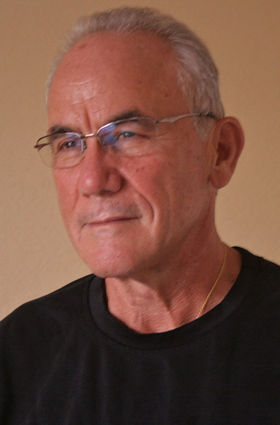 Chabad Lubavitch of North Orlando is sponsoring "An Evening with Mickey Bielski-Son of Partisan Hero Tuvia Bielski." On Sunday, Oct. 22, Mickey will tell the story of what it was like to come of age in the shadow of the incredible legacy of his father. He will share his own, and his father's stories, with humor, passion and above all, love.

Mickey Bielski was born in Ramat Gan, Israel in 1952, shortly after the end of World War II. His father, Tuvia Bielski, was the leader of an organization of Jewish partisans who rescued Jews from extermination and fought against the Nazi German occupiers and their collaborators in the vicinity of Nowogródek and Lida in German-occupied Poland (now western Belarus).

The group saved over 1,200 people, and included Mickey's mother, Lilka.  Tuvia was joined by his brothers, Zus and Asael, to form the Bielski Brothers. They were responsible for the largest recue of Jews by Jews in all of World War II. The group was the subject of a major motion picture, "Defiance," which was released in late 2008.

Mickey visited Lithuania in 2007, at the director's invitation, during the filming of "Defiance." He made an emotional journey into Belarus, to see the area his father grew up in, and to visit the mass grave of the area's Jews, where many of his relatives, including his grandparents, were buried.

For more information or to purchase tickets please visit http://www.JewishNorthOrlando.com or call 407-488-9304.