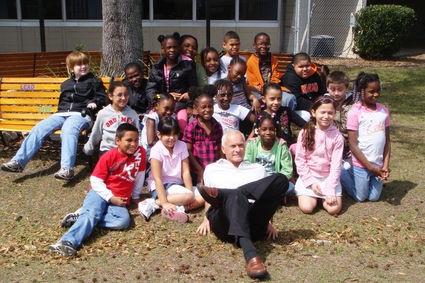 In 1993, Harris Rosen adopted Tangelo Park, a poor, predominately African American neighborhood not far from the I-Drive tourist corridor that made him rich, 2011.

An historical exhibition recounting more than 100 years of Jewish community life in Central Florida couldn't take place without honoring the machers and mensches of the community. The heavy hitters. The movers and shakers. The deep pockets. Or, in other words, the successful individuals who have made it a priority to give back as much, if not far more than they have received.

The criteria used to select these generous philanthropists was simple and straightforward. Gifts to local agencies and organizations had to be single commitments of $1 million or more. They could not be a cumulative giving record of more than $1 million. They did not have to be gifts to Jewish organizations. Any $1 million gift within the broad Central Florida community counted. Otherwise, there would be hundreds, if not thousands of individuals listed who have made charitable giving a lifetime commitment.

So who are some of these amazingly generous, and at times surprising individuals and families you'll come across at Kehillah: A History of Jewish Life in Greater Orlando?

First try to answer these questions:

1. Who has made the largest charitable gift in the history of Jewish Orlando AND Florida Hospital?

2. Who is as well known for her fashion statements as she is for her philanthropy?

4. Who bugged Central Florida so much he not only made millions, he gave millions back to his congregation, the University of Florida, the Dr. Phillips Center AND The Orlando Science Center?

5. Who made kids' dreams come true at a village that became a world?

Other notable philanthropists whom you'll meet include:

Jeff and Rita Adler, who made the first $1 million gift to Jewish Federation of Greater Orlando for the 2000 capital campaign to dedicate the JCC Early Childhood Learning Center. The Adlers have also made $1 million gifts to Congregation Ohev Shalom and are major patrons of the Dr. Phillips Center for the Performing Arts.

Marion and Joe Brechner, who endowed the University of Florida with the Brechner Center for Freedom of Information, Brechner Eminent Scholar and the Marion Brechner First Amendment Project, gifts totaling over $3 million.

Jerry Roth, who has given generously to both The Roth Family JCC (named in his family's honor) and UCF. 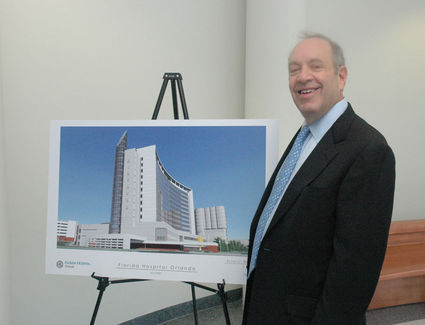 The Florida Hospital Ginsburg Tower is one of many charitable contributions of Alan Ginsburg.

Phil and Harvey Kobrin, brothers who donated part of their grandparents' Maitland grove for construction of the Jewish Community Campus. Harvey and his late wife, Nancye, donated $1 million to the MD Anderson Cancer Center in Orlando, and more recently, the Kobrin Family Foundation gave a $1 million gift to the Dr. Phillips Center for the Performing Arts.

Of course this is not nearly a conclusive list. If you want to learn more about the many Jews who have helped make Greater Orlando the thriving metropolis it is today, visit Kehillah: A History of Jewish Life in Greater Orlando, a collaborative exhibition presented by its host institution, the Orange County Regional History Center, and the Greater Orlando Jewish Community. The exhibit will be on display from Nov. 12, 2017 through Feb. 20, 2018.