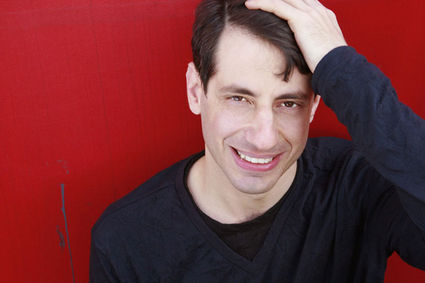 Dan Naturman is a stand-up comedian who sounds a lot like comedian Jon Lovitz. Howie Mandel on America's Got Talent said that if Jerry Seinfeld and Jon Lovitz had a child, it would be Naturman! He has that same brand of self-deprecating humor, twinged with grouchiness that makes him "every man's man."

That's a good reason to have him as the guest entertainment at the first Men's Night Out event on Nov. 2.

Naturman's comic content covers topics that range from Internet dating to terrorism. That's a big stretch, but he manages to keep everyone in stitches with his repertoire that every man can identify with.

He began his comedy career in 2002 as a hardware store clerk in the TV show Bedford Springs. From there he launched into the talk show circuit-appearing on Jimmy Kimmel Live; Last Comic Standing; Late Night with Conan O'Brien; and The Late Late Show with Craig Ferguson to name a few. He had Mandel and Howard Stern howling with laughter on America's Got Talent in 2014, but was eliminated in the semi-final round.

"You are rock solid, have a good delivery-it's a home run!" said Howard Stern on the talent search show.

Men's Night Out is presented by Congregation Ohev Shalom, Temple Israel, Congregation of Reform Judaism, Congregation Beth Am and Southwest Orlando Jewish Congregation in conjunction with JFGO. A "community driven" event, it is open to all the Jewish men in the community.

Besides the entertainment by Naturman, the men will enjoy a kosher prime rib dinner (or a vegetarian option) and top-shelf liquor open bar cocktail hour.

Tickets and sponsorships are $100 and available at http://www.orlandojewishfed.org/mno. More information can also be found at this web site.