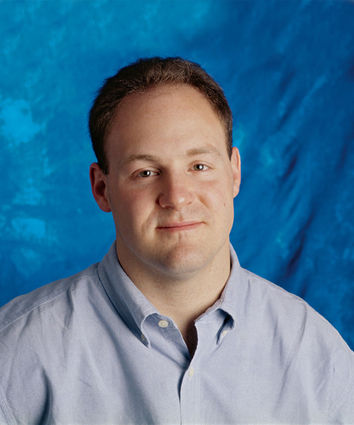 We all remember the World Trade Center and the tragedy of Sept. 11, 2001, in New York City. (How could we ever forget?)

Born in Denver, Colorado, he moved as a teenager to Jerusalem where he enlisted in Israel's elite special forces commando unit-the Sayeret Matkai. (One of the finest in the world!)

Following graduation from Technion University, he moved back to the United States and founded a successful technology company.

On that fateful day (9/11) 31-year-old Lewin boarded American Airlines Flight 11 from Boston to Los Angeles to attend a business meeting.

Five al-Qaeda terrorists hijacked the plane in what was one of four hijackings that morning.

A 2002 FAA memo suggests that Lewin, who was seated close to mastermind Mohamed Atta, attempted to struggle with the hijackers.

He was stabbed and killed.

This flyer from co-presidents, JERRY LEIBMAN and BERNY RAFF...

"We will have a big surprise for our Sunday, Nov. 5th social" for the Congregation Ohev Shalom Seniors, starting at 2 p.m. at the synagogue, 613 Concourse Parkway, Maitland.

"Direct from Diamond Resorts International, we have booked the dynamic high energy duo of ELLA & J.T. They will be performing their tribute show to Buddy Holly, Connie Francis, Etta James, Karen Carpenter, Patsy Klein, Anne Murray and many more artists from the '50s and '60s."

(In other words, no rap! A friend of mine once said that rap was spelled with a silent C.)

"They currently tour throughout Florida and we have arranged for them to be at COS on Nov. 5th. Ella and J.T. have opened for Gladys Knight and many other famous groups.

The cost is still $5 for members; $8 for guests. A nosh will be served after the program as usual."

PAUL STENZLER spends many of his retirement hours working for the Jewish Pavilion. Not only is he the chairman of the Board of Directors, but he is also one of their chief entertainers. He performs for Jewish Pavilion holiday parties for seniors and he conducts Shabbat and holiday services as well as Memorial services. Most of the time he is accompanied by his beautiful and brillian wife, TERRI SUE FINE STENZLER.

He was born and raised in New York (like me) and entertained audiences in the N.Y. metropolitan area for over 15 years. He moved to Florida in 1980, and continued to lead the band Rhythm Release, featuring Leroy Cooper, former leader of the Ray Charles Orchestra.

"He is the true definition of a mensch," says NANCY LUDIN, CEO of the Jewish Pavilion.

Altamonte Chapel's Sunday 'Jazz Jams' runs from 12:30 p.m. To 2:30 p.m. Requested Donation $10. On Sunday, Oct. 29, CHRIS ROTTMAYER will bring back his salute to the Modern Jazz Quartet. This is a must see and hear for all Jazz Lovers both new and old. Joining Chris, who will be on Vibes are; PABLO ARENCIBIA, Piano; WALT HUBBARD, Drums; and CHARLIE SILVA, Bass. 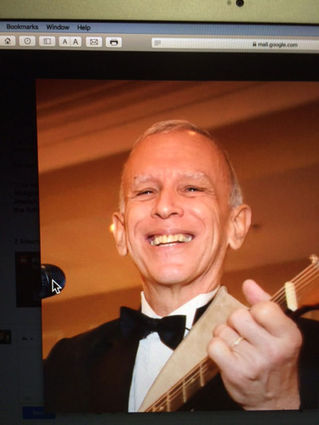 Eight-year-old Sam is staying with his bubbe Rachel for a few days while his parents are away on business. On the first afternoon, she drives to school to pick up Sam and waits for him to come out. When Sam appears, he walks over to her and says, "Bubbe, I was talking to my friend Jake at school today and we would like to know what you call two people who sleep in the same bedroom, with one on top of the other?"

Rachel is surprised by this question, but as she's always been one to answer all questions honestly, she replies, "Well bubbeleh, it's called sexual intercourse. It's how parents make little children."

She watches him wander over and talk to another boy. Sam then returns and they drive back to her place.

When she picks up Sam from school the next day, he says to her, "Bubbe, you were wrong yesterday. It isn't called sexual intercourse, it's called bunk beds. And Jake's mom says she wants to talk to you."