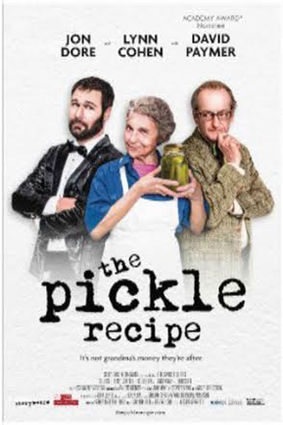 The Roth Family JCC's Jewish Film committee finished the grueling (tongue-in-cheek) task of choosing five films (and one short) out of 104 to present at the Central Florida Jewish Film Festival. Partnering with Maitland's Enzian Theater for the last 19 years, The Roth Family JCC is once again, bringing the community films with Jewish and Israeli themes that will make you laugh, cry, and think.

As in the past, each film offers something totally different and totally wonderful. So it is worth it to see all five films. And without further ado, here is the lineup:

This film puts a new twist on the expression "getting in a pickle." All of the main characters in this film have a quirkiness about them that you love and hate at the same time-from Grandma Rose (Lynn Cohen), who is a "T-rex that swears at you in Yiddish" and won't share her family pickle recipe, to her son Morty (Academy Award® nominee David Paymer) who is as shady as they come, to grandson Joey Miller (Jon Dore), the king of Detroit party MCs who loses all his equipment in a freak fire. He is so desperate to make some money that he is willing to steal his grandmother's famous top-secret dill pickle recipe she has vowed to take to her grave.

As funny as this film is, you'll need a tissue by the end as the family really come to terms with each other, and, of course, discover what's really important in life.

The film short "The Chop" will precede "The Pickle Recipe"

In this light-hearted comedy, what goes around does eventually come around for a Kosher butcher who pretends to be a Muslim to get a job at a halal butcher shop. If only the real world could be like this! Winner of six festival audience and jury awards, including Cleveland, Denver, Palm Springs Shortsfest, and Seattle Jewish.

UK, 2015, 17 min, Directed by Lewis Rose, in English and Arabic with English subtitles

It is August 1945. The war is over in Europe. Two Jewish men with two trunks arrive in a Russian-occupied village in Hungary. Filmed in black and white, the mood is set as the villagers begin to speculate why these men are here. Are they here to reclaim their homes, possessions and property unjustly taken? Are they here to accuse those who betrayed them? As the two men quietly walk through the village, the villagers are forced to face their own guilt and fears. This stark and gripping drama will stick with you long after the lights come up.

Hungary, 2017, 91 min, Directed by Ferenc Torok, Not Rated, in Hungarian and Russian with English subtitles

"One Week and A Day"

When someone you love dies, especially when it is a son or daughter, you want the world to stop. Sitting shiva is good that way. But after shiva is over, the world cruelly goes on. Eyal and Vicky try to get on with their lives but the world refuses to accommodate the middle-aged couple's period of adjustment. They begin to act out as they attempt to regain a hold on their upturned lives. No wonder it was nominated for eight Israeli Oscars, swept the Jerusalem Film Festival's major awards, and was the surprise hit of Critics Week at the Cannes Film Festival.

Israel, 2016, 98 min, Directed by Asaph Polonsky, Not Rated, in Hebrew with English subtitles

Wow. What can I say about this family-directed documentary about a remarkable woman, Sonia Warshawski, who was 91 when it was made? This film isn't just about a Holocaust survivor's life story, but also how her story has affected so many people-from middle school students to prisoners to those she saw almost everyday in the tailor shop she's run for more than 30 years. It is easy to understand how "Big Sonia" is a winner of 15 Audience and Jury Awards.

"If I reach one heart and make a change in their heart, this will be my greatest accomplishment," she says to the camera.

This documentary shows how she has changed people-not just by sharing her story of living through hell and surviving, but the deeper story: the power of forgiveness to triumph over bigotry.

One prisoner captured the essence of this documentary best when he said, "Strong things don't come in big packages."

USA, 2016, 93 min, Directed by Leah Warshawski and Todd Soliday, Not Rated, in English

This psycho-thriller keeps you glued to your seat. "It's all about bluffing and deception," says Mona (Golshifteh Farahani), a Lebanese informer, to her protector, Naomi Rimon (Neta Riskin, Israeli Oscar nominee for Best Actress), a Mossad agent, while she recovers from plastic surgery for her new identity in a safe house in Hamburg, Germany.

But who is deceiving whom? There are so many twists and turns in this labyrinth of espionage you have to keep watching until the very last scene. Based on "The Link" short story by the late Shulamit Hareven, and directed by Eran Riklis, one of Israel's most acclaimed directors, this film will have people sharing different theories about the ending long after the movie is over.

Israel, 2017, 93 min, Directed by Eran Riklis, Not Rated, in English, Hebrew and Arabic with English subtitles

And for those with children, The Roth Family JCC is offering its Saturday Night Out. 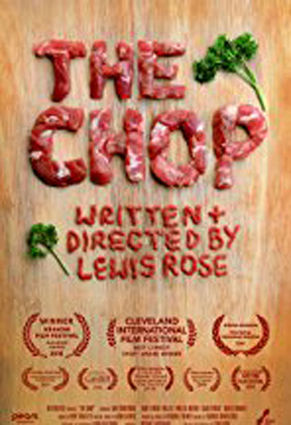 Kids ages 18 months through grade 5 can come hang out at the JCC while you enjoy the opening film of the Jewish Film Festival, "The Pickle Recipe." When you purchase tickets to "The Pickle Recipe," simply show your receipt at our Registration Desk (or forward it to register@orlandojcc.org), and the JCC give you the total you spent as a rebate off your Saturday Night Out registration (up to $23 off!). Questions? Contact Amanda Dennis.

If you're hoping to see them all, be sure to purchase the Mensch Pass for first priority seating or Series Pass for second priority seating. Table reservations are not available for this event.

Looking to buy tickets for one film at a time? Visit the Enzian web site.