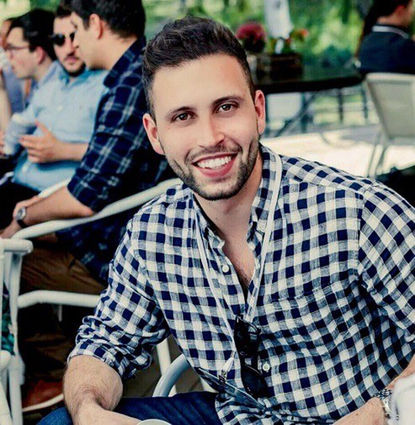 On Nov. 1 and 2. Joey and Eden (last names withheld for security purposes) will speak at University High School - ROTC and at University of Central Florida - Hillel.

In its ninth year, IST features two reserve duty Israeli soldiers who relate their personal experiences upholding the strict IDF moral code while fighting an enemy that hides behind its civilians. Their stories have never been heard before.

They also discuss their backgrounds, life in Israel and answer questions, putting a "human face" on the IDF uniform.

The entire StandWithUs "Israeli Soldiers Tour" places six teams of two throughout the U.S. from Oct. 22-Nov. 4. They are on campuses, high schools, synagogues and churches and the community.

"IST is one of the most effective counters to the BDS campaign and the annual campus 'Israel Apartheid Weeks.' Although anti-Israel students protest the soldiers with accusations and lies, they simply can't refute their eye-witness experiences. These are stories from the front lines, not the headlines," stated Sara Gold Rafel, director, StandWithUs/Southeast.  StandWithUs is a 16-year-old international Israel education organization with chapters throughout the U.S. including the Southeast, in Israel, Canada and the UK.

Joey was raised in Las Vegas. He began to "seriously examine my Jewish identity" when he joined BBYO and first visited Israel on the "March of the Living." He became an activist for Israel during his college years at the University of Arizona, and took a semester to study abroad in Jerusalem. When he returned, he was shocked to see hundreds of rockets were launched into Israel's southern cities from Hamas-controlled Gaza. He penned an op-ed in the local AZ paper in response to a smear article about the IDF. All the while, Joey was inspired to move to Israel and enlist in the IDF as a lone soldier. He joined the paratroopers brigade.

Soon after finishing basic training, Joey found himself in Operation "Brother's Keeper", searching for the three kidnapped boys Eyal, Gilad and Naftali in June 2014 in the West Bank. After their bodies were tragically discovered, Joey returned to the Kibbutz he was stationed in near the Gaza border. Hamas and Islamic Jihad had escalated their rocket attacks and Joey had to hide in the bomb shelter almost constantly. One day, he was alerted to stay in his home and lock the door. The IDF was battling heavily armed Hamas terrorists who emerged from a terror tunnel, the first infiltration in what led to Israel's 2014 operation to destroy the Gaza terror tunnels, "Operation Pillar of Defense."

Eden is at Ben Gurion University in the Negev, pursuing a BA in Political Science and Business Management. She lives in Tel Aviv and works for Intel. 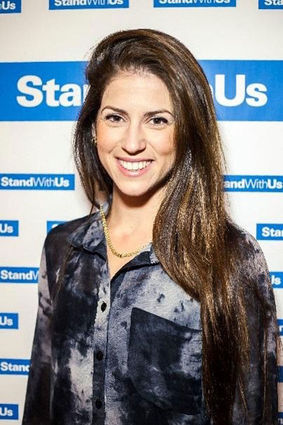 Israel has mandatory army service at age 18. Eden served for three and a half years as a social welfare officer looking after the needs of the enlisted. She completed her service as the commander of the IDF's Social Welfare Course. The IDF is a mirror to Israeli society, comprised of all the diverse populations including Russians, Bedouins, Druze, Israeli Arabs, Ethiopians, and Christians, etc.  Eden shares how the IDF provided financial support to the family of an Ethiopian recruit whose father was unemployed with 15 people living in a three-bedroom house.

"Behind every soldier there is a story. I am honored that I was able to serve in an army and in a position, where while a guy like Joey is out there protecting and defending me, my job was to take care of them," she said.

Eden and Joey are young Israelis who long for peace, but realize they have to defend their country against terrorism as best as possible in an impossible reality. They will never give up on their dream for peace and a better future where they can say to their children what has been uttered to them, "when you grow up, there will be no need for an army because we will all live in peace."