Shop Talk: A history of Jewish retail in Greater Orlando 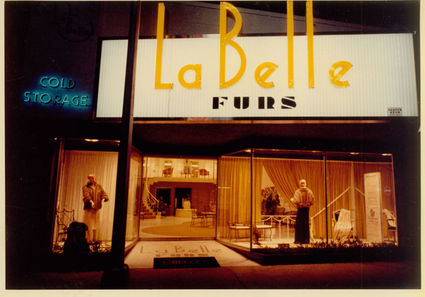 La Belle Furs has been in the same downtown location since 1956.

While Jews have been interwoven in a myriad of ways into the fabric of life in Central Florida-from law to medicine, art to amusement parks, social change to social glitz-no single field has felt the impact of Jewish involvement more than the humble and all-encompassing retail shop. In the first half of the 20th century, more Jewish families in Central Florida were in retail than any other field. And during the Kehillah: A History of Jewish Life in Central Florida exhibition, visitors will get to experience the amazing role Jewish merchants played in the business life of Greater Orlando. 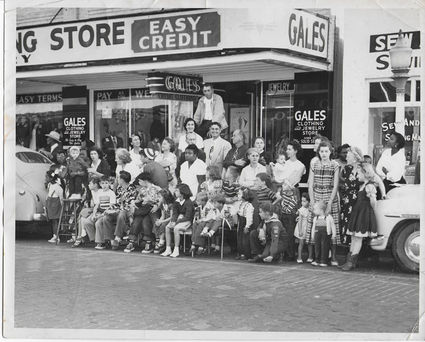 Staff, family and friends of Harry Becker's Church St. store, Gales, are waiting for a parade to begin, c. 1954.

Through the use of an animated, interactive map of downtown Orlando, you'll be able to see the hundreds of stores and their locations decade by decade, from 1900 thru the 1960s. That period of time was really the heyday of downtown Orlando as a shopping mecca. Longtime residents like Stanley Becker, Joan Lippton Kimball and Dick Katz not only remember their own families' stores but the many others that lined Orange Avenue, Church Street and Pine Street, just to name a few. Medine's was the place to have a power lunch. La Belle Furs was a lady's stop for a fur coat to keep warm when traveling. The Hat Box and Olekers were among the places ladies bought their hats to wear to shul and luncheons. And long before tires weren't pretty, Sam and Norman Behr were keeping feet comfy with their downtown shoe stores.

The animated map will be accompanied by a flipbook that will give the name of the store, the owner's name and address. Neil and Malka Webman scoured old Orlando city directories in their effort to include as many Jewish merchants as they could find. The results are a stunning display of stores, many doing business for several decades.

Kehillah: A History of Jewish Life in Greater Orlando, a collaborative exhibition presented by its host institution, the Orange County Regional History Center, and the Greater Orlando Jewish Community. The exhibit will be on display from Nov. 12, 2017 through Feb. 20, 2018.