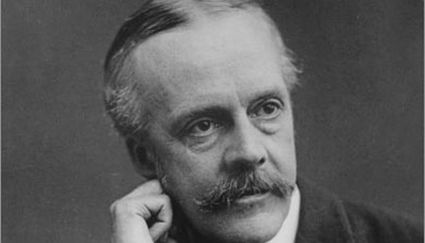 One hundred years ago, on Nov. 2, 1917, the British Government issued the Balfour Declaration. This month, British Prime Minister Theresa May stated, "we are proud of the role that we played in the creation of the State of Israel."

Jewish Rights to Palestine were internationally guaranteed. In the first Report of the High Commissioner on the Administration of Palestine (1920-1925) presented to the British secretary of state for the Colonies, published in April 1925, the most senior official of the Mandate underscored how international guarantees for the existence of a Jewish National Home in Palestine were achieved:

"The [Balfour] Declaration was endorsed at the time by several of the Allied Governments; it was reaffirmed by the Conference of the Principal Allied Powers at San Remo in 1920; it was subsequently endorsed by unanimous resolutions of both Houses of the Congress of the United States; it was embodied in the Mandate for Palestine approved by the League of Nations in 1922; it was declared, in a formal statement of policy issued by the Colonial Secretary in the same year, 'not to be susceptible of change."

Eleven successive British governments, Labor and Conservative, from David Lloyd George (1916-1922) through Clement Attlee (1945-1952) viewed themselves as duty-bound to fulfill the "Mandate for Palestine" placed in the hands of Great Britain by the League of Nations.