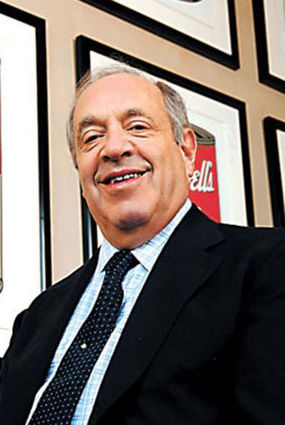 I'm starting this column with some shout-outs...

As many of you already know, I was in Florida Hospital-South, for 10 days due to my needing surgery for a heart valve. I am okay now (I hope) and I want to mention the following registered nurses who went "above and beyond" the call of duty to care for me. (I am very grateful.)

For my pre-surgery I was on the sixth floor of the magnificent (like a hotel) Ginsburg Tower, built through donations from our own ALAN GINSBURG.

There one of my nurses, DOREEN DEGAN, treated me like I was a family member. She was so kind and caring (probably realizing how scared I was) and super-friendly.

After my surgery I was placed in the VCICU (a cardiac unit) for post-ops. There I was attended to by MARIBEL CASTRO, another wonderful nurse who kept me calm and well cared for.

After awhile, I was sent back to the Ginsburg Tower's eighth floor and was treated (and loved) by nurses MELISSA THOMPSON and JACQUELINE SOSA. What wonderful care I received! (And I will miss them.)

But, although I will miss them (and they say they will miss me), I hope to remain healthy and strong and never have to return to a hospital under those circumstances again!

I read this recently in the World Jewish Congress Digest (WJC) and pass it along to you:

"The United Kingdom saw a record number of anti-Semitic incidents in the first half of 2017, according to a British watchdog group.

In its report, the Community Security Trust cited a 30 percent rise in incidents over the same period last year, with more than 100 incidents monthly, continuing 'an unprecedented pattern of monthly totals higher than 100 incidents for every month since April 2016.' There were 767 incidents between January and June.

Board of Deputies President Jonathan Arkush said that the new statistics should 'be of deep concern to all Jews, particularly as there have been no specific events to provoke the upsurge. Although the UK is overwhelmingly a safe home for the Jewish community and has been for years, the government, police and other authorities must read the warning signals and take whatever action is needed to secure the continued safety of the community.'

The most common incident was verbal abuse, followed by anti-Semitic assaults, of which there were 80. Nearly three-quarters of the incidents were recorded in Greater London and Greater Manchester, the two largest Jewish communities in the UK."

OLGA GILBURD is the author of "Happiness the Jewish Way." She draws on the Jewish heritage for the lessons in happiness skills that she presents in her book, in talks, and workshops. Olga lived in Russia and Ukraine before coming to the United States at 19. She holds a bachelor's degree in nursing and a master's degree in public service.

Olga climbed the corporate ladder from a receptionist to a director of compliance in a healthcare organization before she became an author and inspirational speaker. She was awarded 2014-2015 COJECO BluePrint Fellowship for improving the Jewish community. Olga now lives in Brooklyn, N.Y., with her husband and two daughters.

A history of Jewish life in Orlando will be presented at the Kehillah Exhibit on Nov. 12th from 3 to 5 p.m. in the Orange County Regional History Center, located at 65 E. Central Blvd., Orlando. RSVP is necessary for free admission. Email names of those attending to kehillahcfl@gmail.com or call 407-298-4650.

Sadie and Rose were sitting under hair dryers at the hairdresser having a chat.

Sadie says, "So nu, Rose, how's that daughter of yours?" 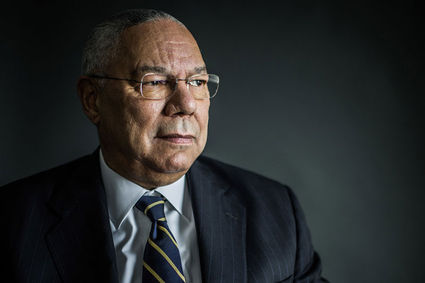 Rose replies, "She's OK thanks. She married a fantastic man. He's got such a good job in the City that she gave up her secretary's job. She stays at home but never needs to cook, because he always takes her out, or clean the house, because he got her a maid, or worry about my 2 lovely grandchildren, because he got her a live-in nanny."

Sadie then asks, "And how's your son?"

(My daughter's-in-law are wonderful... not like that at all.)

Gloria, thank you for including me with the other fabulous nurses! I hope you have a complete and a speedy recovery. If you would be interested in reviewing my book Happiness the Jewish Way, please contact me for a copy.