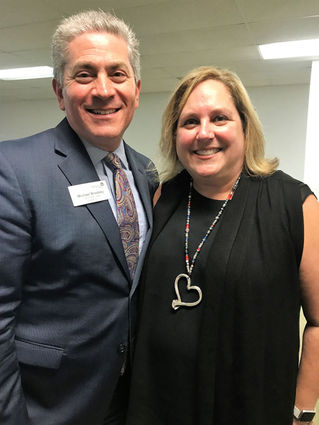 Michael Brodsky, Panel moderator, member of the Jewish Chamber of Commerce's Board of Directors, with his wife, Lisa.

An historic gathering took place on Tuesday, Oct. 17, as the Jewish Chamber of Commerce teamed up with the Muslim-American Chamber of Commerce of Central Florida to present a panel discussion on the subject, "Forced to be Free: The Failure of Democratization in the Middle East."

"At this panel discussion, the topics discussed included the thoughts from our panelists regarding why democracy has struggled to take hold in the Middle East, the causes of and the results of the Arab Spring uprisings, and the roles played by religion and technology in the Middle East," said Michael Brodsky, panel discussion moderator and member of the Jewish Chamber Board of Directors.

According to Bobby Davidowitz, president of the Jewish Chamber of Commerce, "Khalid Muneer, president of the Muslim-American Chamber, said to me that 'we are business chambers, not religious chambers.' It made me think about how powerful doing business together can be. When you do business with someone, it seems like all the differences fall away. When you focus on the common goal of doing good business, you don't see religion, you see the person. That is a powerful concept I'm honored to be a part of."

For more information about the Jewish Chamber of Commerce, visit http://jewish-chamber.com or follow them on Facebook at http://www.facebook.com/JewishChamberOfCommerce. 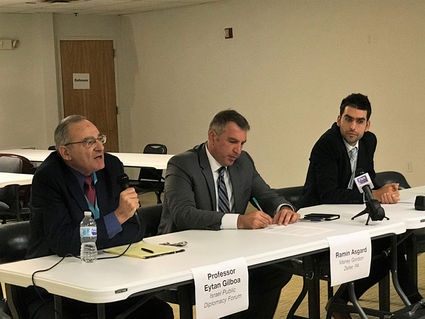