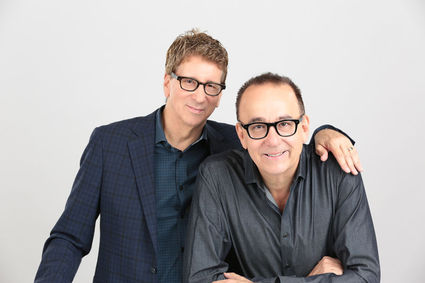 They were instrumental in launching the Holocaust Center's UpStanders: Stand Up to Bullying initiative. This program is the leading bullying prevention initiative in Central Florida and has earned endorsement as a partner with the City of Orlando in Mayor Buddy Dyer's "Stand Up Orlando" campaign. In addition, Jeffrey Miller is an active board member and served as the Board of Directors' president. Jeffrey and Ted were the 2016 recipients of the Association of Fundraising Professional's Kenneth F. Murrah, Esq. Outstanding Philanthropist Award at their annual National Philanthropy Day event.

Their longtime commitment to Equality Florida was recognized in 2014 with the organization's Voices of Equality award. Speaking out at a time when calls for LGBTQ+ rights were frequently met with violence, their stance required immense courage. Despite the consequences, they worked to create a community that embraces and celebrates diversity.

Pam Kancher, executive director of the Holocaust Center states, "Jeffrey Miller and Ted Maines are a force for change in this community; they embody our mission to create a world free of hate and prejudice and are more than deserving of this prestigious honor."

Past Dinner of Tribute honorees include Orlando Mayor Buddy Dyer; Harriett Lake; Harris Rosen; and Alexis and Jim Pugh, among others.

The Dinner of Tribute is set for May 10, 2018 at 5:30 p.m. at the Rosen Plaza on International Drive. Tickets and sponsorships are available; visit holocaustedu.org for details.