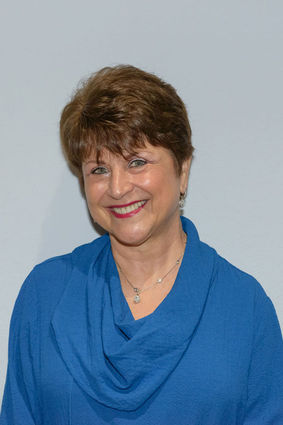 What do you get when you combine a healthy dose of appreciation, a gourmet luncheon with friends, and a one-of-a-kind holiday shopping bazaar? The answer is the Jewish Pavilion's "JP Connections," honoring this year's dedicated volunteers, Shirley Schoenberger and Dolores Indek.

"Our annual luncheon is a yearly opportunity for us to show our appreciation and to connect with our wonderful volunteers and members who support the Jewish Pavilion in so many ways," noted Pamela Ruben, marketing and communications director for the Jewish Pavilion. "This year, we celebrate two special women who have touched the hearts, and given their time to the seniors we serve in more than 70 senior living communities throughout greater Orlando."

"The lyrics, 'Who can turn the world on with their smile?' may have been written for Mary Tyler Moore, but they can also can be applied to volunteer, Shirley Schoenberger, as well," commented, Nancy Ludin Jewish Pavilion executive director.

Honoree Shirley Schoenberger discovered the Jewish Pavilion 4 1/2 years ago, inspired by dedicated volunteer, Gloria Newberger, who was in her 80s and coordinating a weekly happy hour and ice cream social for residents of Savannah Court in Maitland (with many residents younger than herself!). Schoenberger said she fell in love with the Pavilion's mission to bring community and Jewish life to residents in assisted-living and skilled-nursing facilities. In the past few years, she has become a familiar face at the Pavilion's happy hours and senior programs. Her signature smile lights up the room at Brookdale Island Lake's weekly Shabbat programs. "Happy Hour" at Savannah Court is just a little bit happier when Schoenberger attends, often with grandchildren in tow. She remarks that she has become close with many of the residents who have come to feel like 'adopted' family. This past fall Schoenberger added leadership to her long list of volunteer skills, chairing the Pavilion's Music Fest.

Schoenberger's desire to give back to the community came at an early age, when she was a candy striper in her hometown of Cleveland. Later, she volunteered in the school system and joined the Junior League. After relocating to Central Florida 20 years ago, her interests changed as her three daughters grew up.

A horrific car accident 15 years prior left Schoenberger with many broken bones, two years of rehab, and an increased sense of compassion for the mobility impaired and the aged. A child of Polish Holocaust survivors, the late Jack and Sally Rettman, Schoenberger has attended several conferences for descendants of survivors to help understand her parent's experiences, and the effects on future generations. She has adopted her mother's motto, "Live life to the fullest," and her total engagement in community and family are her parent's legacy.

Schoenberger has always been a people person, from her first job with the May Company (it merged with Macy's in 2005) when she was 16. She comments, "I always wanted to go in retail, but wound up being an X-ray technician. Later, when I met my husband, Peter, two dreams came true." Peter came from a retail background-his family owned Havres, a Cleveland department store. For 30 years the couple worked side-by-side, with Shirley as merchandise buyer and store designer, while Peter handled the financial end. 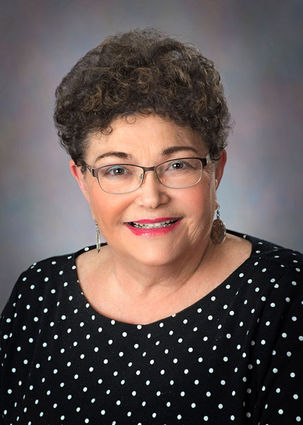 Schoenberger is the devoted mother of three daughters, Tracy Weiss (Damon), Debby Weiss (Evan), and Lisa Nelson (Matt); as the well as the grandmother of seven grandchildren. She noted, "One of my biggest joys is bringing my two grandsons, Noah and Jared, with me on visitations. I have enjoyed watching them become comfortable and compassionate around older adults."

Read about Dolores Indek's special contributions to the senior community in next week's Heritage.